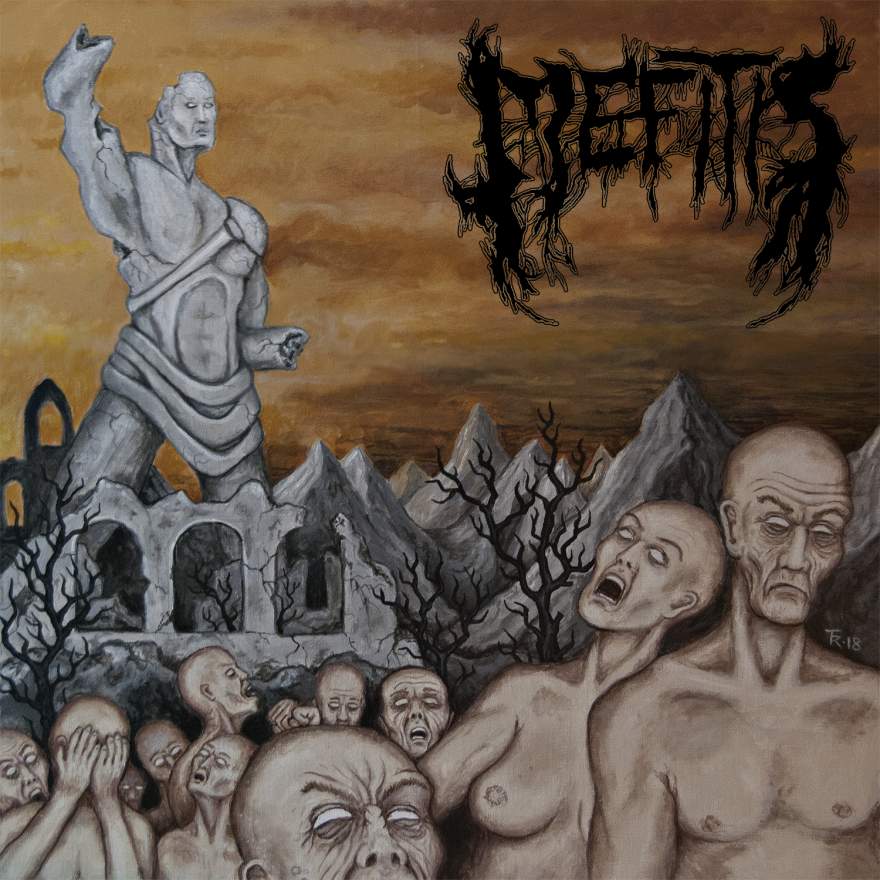 In a sea of mediocrity where most new bands opt for the latest underground trend in order to appeal to the status quo, Mefitis stands out in the sense that they completely disregard such notions, and instead, focus their attention on creating something worthwhile and personal; a dark opus of traditional Black/Death Metal in the form “Emberdawn.”

Stylistically-speaki­ng, the band incorporates trace elements of bands like The Chasm, Demigod, Sacramentum, etc., without sounding like a blatant carbon-copy of those bands. The album is very consistent throughout, as each track contains enough variation to maintain the listener’s interest, paired with the fact that the music boasts a rather excellent production, which is undoubtedly perfect for the style they play. Everything sounds organic and well-balanced with meticulously crafted textures that expose themselves more with each consecutive spin. There’s a strong emphasis on melody, but not in the overtly accessible sense. The music always retains a certain depth and density that gives it a kind of subterranean feel.

The overall tone on “Emberdawn” is emphatically dark and should be a delight for those with an affinity for old Scandinavian black and death metal. It’s hard to nitpick exactly what makes this album tick, as every song just feels so natural and cohesive, including the fact that the band clearly has a penchant for well-executed, ominous riffs that cut through flesh like surgical steel. It’s worth noting the atmosphere on this album is absolutely paramount, because it is something the band excels at. Unlike a lot of bands today, Mefitis actually has their own sound, and as previously stated, stand out. Easily one of the best efforts of 2019 in my unhallowed opinion. (Hexetomb)