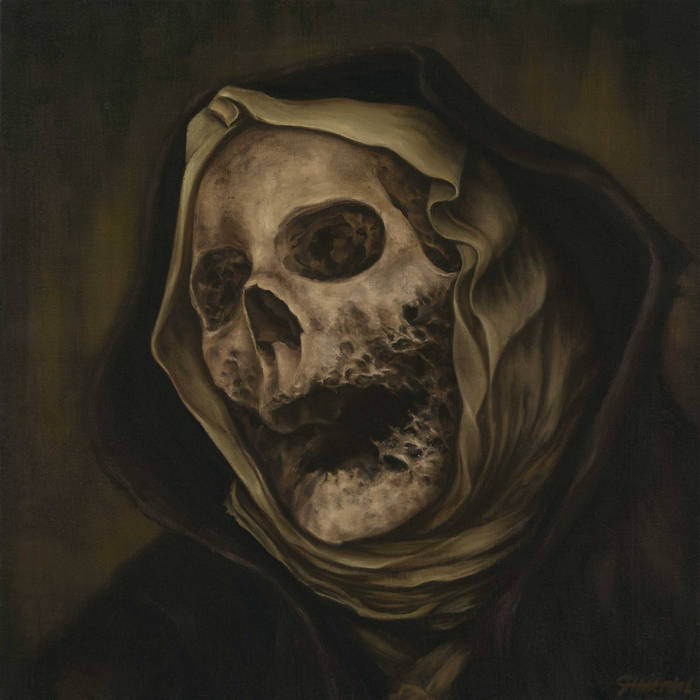 A US Death Metal split release that came out in early 2021, this opus features Seattle bands Deconsecration and Re-Buried and has been released on all formats via Chaos Records, Selfmadegod Records and Caligari Records. The release is opened by Deconsecration whose four songs are carnage wreaking bouts of cavernous aggression with moments of technical flair popping up here and there to break of the sheer aggression of the bands sound. I found that the further into their repertoire Deconsecration delved, the more groove laden their brand of extremity became. As well as punishing growled vocal work, Deconsecration offer up monstrous riffs which drip with bleak desolation. their drumming style is focussed more on building an atmosphere through cautious aggression, venturing into moments of furious pounding when the situation warrants it.

Fellow Seattle natives Re-Buried have a style that whilst brutal and direct, is also laced with catchy guitar melodies that interject themselves between solid segments of wall to wall rampant Death Metal vulgarity. Not content with mere brutality, the Re-Buried guitarist embarks on many dazzling solos, but the real strength of this band is the crushing nature of their riffs combined with an unwavering backline of strong bass play that adds an deep element of groove to the bands rhythm, and thundering drumming that splits its times between outright hostility and a more bombastic and climactic sound.

I love the idea of two bands from the same city teaming up to release a highly effective split release of captivating Death Metal. These two bands compliment each other well, contrast each others styles slightly, but for the most part they both just dominate and destroy.