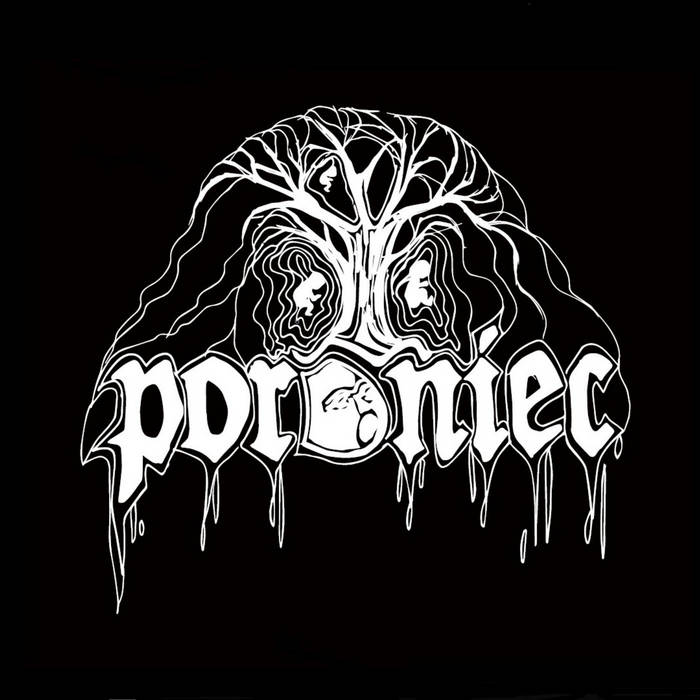 Back in 2016 a new Black Metal band was born, Poroniec, a Polish word that in Slavic Demonology is a Demon of great  power and sadistic intent, raised from the soul of a child who was denied life by a mother who purposefully miscarried. Slavic belief is that the unborn child will be motivated by hatred and envy caused by the life it could never experience being ripped away from it. It wasn’t until 2019 that the Krakow duo of Ferment and WrzaaASqn who make up Poroniec finally unleashed their debut demo upon the world, but it was damn sure worth waiting for. For this is no lo-fi debut offering, but a three track demo of powerful, melodic and gripping Black Metal that has a horrific absorbing horror to it.

It all begins with the harrowing combination of ghostly children’s voices and chilling piano tones before punchy drumming and ice cold guitar leads take over and move opening track ‘Zaległości’ along at a firm, mid tempo and guttural Slavic vocals ring loudly into the air in a fearsome and confident display. From humble beginnings the song rises to crescendo with brutally performed double kick drums and glacial riffs surge onwards  before finally breaking like waves against the cliffs! ‘Codzienności’ has the same tormented opening as the previous track before exploding into a maelstrom of blistering guitar leads and even deadlier drum blasts. There is a maniacal demonic potency to this unrelenting savagery, and a oddly melodic undertone that reaches up through the barbaric onslaught!

As with the first two tracks, closing offering ‘Niedorzeczności’ utilizes the piano to wonderful effect, and this more thoughtful and calculating number rounds of the bands debut demo in suitably bleak style. An unbelievable good debut which I fervently wish I’d heard when it first came out! (Marksson)