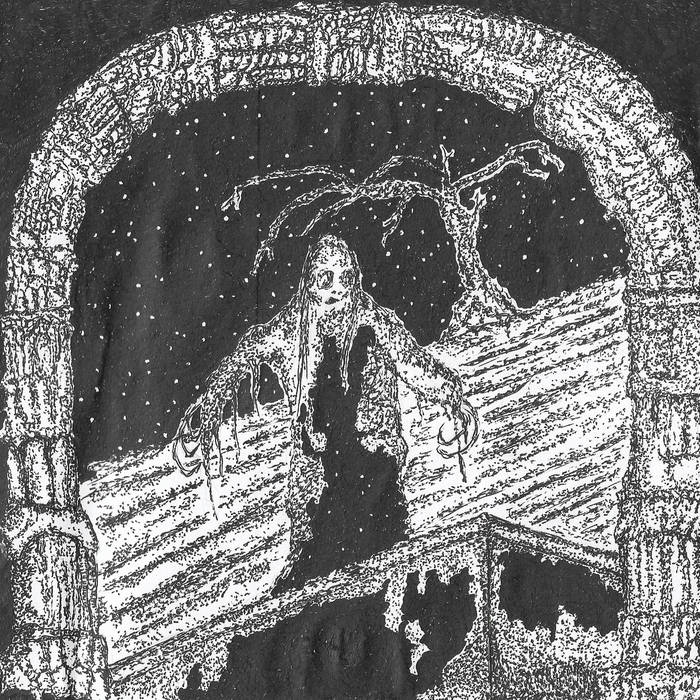 ‘The Black Corridors of the Abyssal Depths of Existence Opened Their Gates’ is the debut album of Polish Black Metal band Morbid Winds and it’s rather lengthy moniker stretches almost as far as the albums solitary song. Weighing in at a colossal thirty-three minutes, ‘The Black Corridors of the Abyssal Depths of Existence Opened Their Gates’ is one harrowing piece of savage Black Metal and follows on from the bands superb demo ‘The Ruin of Forgotten Desolation’. In fact the musical approach from Morbid Winds is exactly the same, but for their debut album the production is infinitely better. So now thanks to a cleaner, crisper sound, the bleak early 90’s sounding Black Metal tirade sounds so much more impressive. I love that Morbid Winds have stuck with the same formula, as it’s one that has served them so well previously. This impressively meandering slab of Black Metal has wonderfully maniacal guitar leads, sometimes slowed to a crawl to add an air of brooding malevolence to the album. Also still a huge factor is the subtle use of synth harmonics as part of the albums background. As an album this is impressive, but factor in the writing/performing of a thirty-three minute song and it becomes epic. Morbid Winds are a band who have taken their already impressive brand of Black Metal and given it a really good polish and the end result is savage majesty! (Luke Hayhurst)