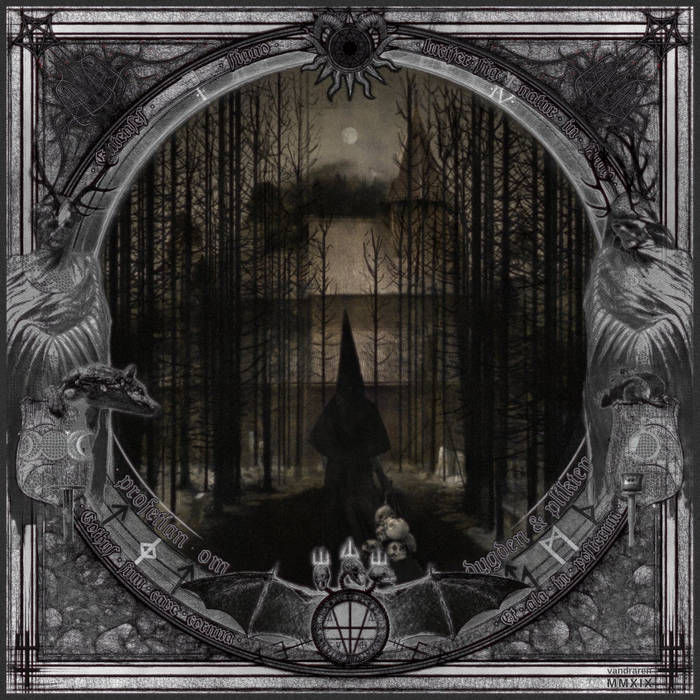 90’s Black Metal had different fascinating outputs which influenced a lot of other bands all around the world. Emperor are on eof them and seem to be a big influence for D Aphelium as well.

The Swedish band from the Gotlands was founded in 2016 and released 2 demos (in 2016 and 2018) and a full length in 2017 called “Sprungen ur lust”.2019 the charming entitled record “Profetian om dygden och plikten” came out to tell you stories about death and nature.

D Aphelium plays a very melodic style of Black Metal, reminiscent of the golden era, with layered guitars, throaty vocals, classic influenced lead sections and keyboards wizardry for the cold hearts and winter nights. The songs got technical flavours but no overuse, comfortable speeds to bang your head and enchanting vibes (seduced by melodies I tell you).

“Oändliga cykler” is probably my favourite track here, it has the instrumental intro that guides me deep into the forest of mysticism, just to explode and let the wolves appear for an interesting chase between life and death. The use of the keyboard sounds are great and never too much. The aura of 90’s glorious past is present and fantastic executed and captured and the production is very fitting as well.

So, fiery, malicious and strangely beautiful at the same time, this record has a lot to offer and If you, just like me, are a fan of nice melodies, like Emperor, Dissection and so on, this might please you well. (DPF)