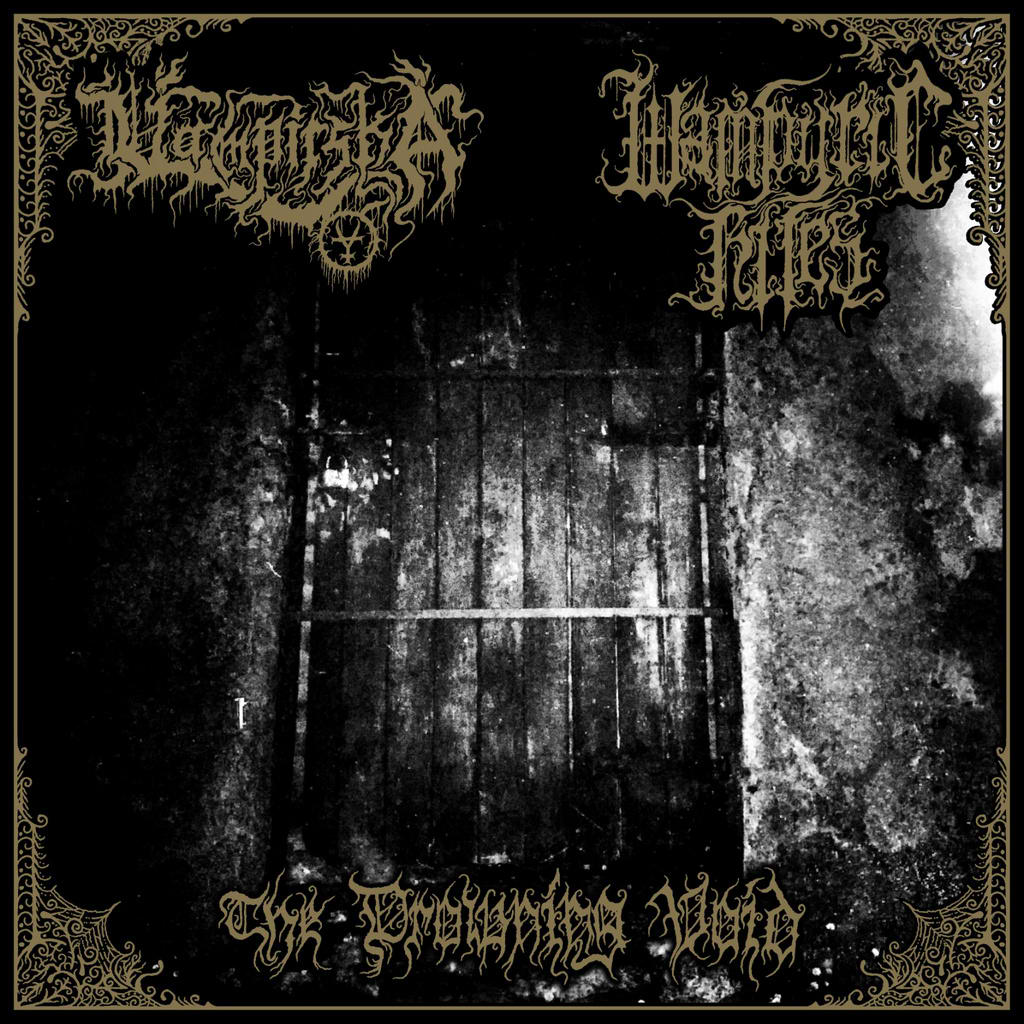 So many years after I first started getting into Black Metal, it is overwhelming to see that the genre did not lose none of its strength and quality. True, we did go through a few years that were, in my opinion, a bit weak in terms of what was delivered to the listener, but the last decade, decade and a bit more, has shown us that Black Metal has recovered all that might have been lost in the Past.

Both entities present in this release are more than familiar to the faithful listener, I dare say. They are still enrooted in the Underground – although my idea of the present Underground is a not a strong one – fed by the dark and primitive blood that runs in their veins. Vampirska and Wampyric Rites are 2 of the most exciting acts Black Metal has seen in recent years. The atmospheres, immersed in Blood and Fog, mysterious visions of hellish nightmares. The delicate, yet visceral melodies that are crafted, take you back to the 90s, to times of old.

Vampirska’s side is more aggressive, more violent, in a way. Colder and Rougher tunes, raspier voice, and demonic summoning. Production wise, sound is clear, allowing the listener to absorb the Music. It does not weaken at any moment. It keeps the tempo way up high, straightforward Black Metal. Lesser known, to me, than the next act, Vampirska proofs to be an excellent example of how the genre has a Future.

Wampyric Rites gives us what we want from it: melodies after melodies! No usage of keyboards this time, but it stills amazing. And something Black Metal musicians, the ones that opted for the more Raw and Primitive side of the genre, sometimes forget, is the ability to create melodies. The ones that resonate in your head long after the music stopped playing. That is the challenge: retain the sonic creation.

Bot acts have their particular and personal vision of Black Metal, which echoes in their Music, and it is amazing to see how the USA, and many other countries in the World (in the same continent, in this case), are raising up the bar in terms of Black Metal, pushing musicians, labels, and fans, to go for more! Oh, wonderful time to be alive. (DanielP)