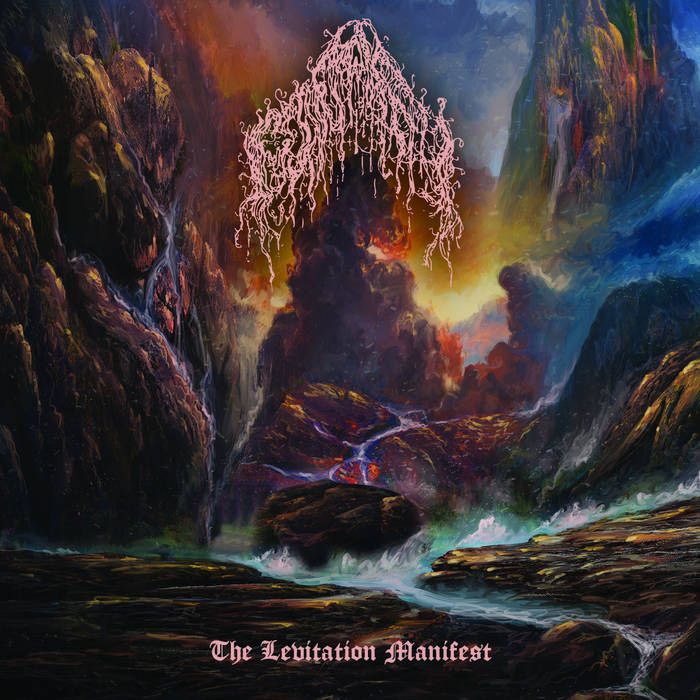 “The Levitation Manifest”; an obscure observation, written around 700 B.C. on Hainan, an island in the South-Chinese sea, probably in Haikou, the capital of the island, by the obscure Chinese astrologist Wang Snee Wang, inspired by Sima Tan. The story goes that Wang wrote the manifest in seven days and seven nights without sleeping, eating nor drinking, levitating two feet above the ground in a brothel populated with amputees. In those seven days Wang aged seventeen years. But that dear readers…is history.

Conjureth’s “The Levitation Manifest”, probably wasn’t written in a Chinese brothel (I think). It’s the follow up to “Foul Formations” and “The Levitation Manifest” again delivers four devastating Death Metal tracks. Wayne Sarna…Sarantpo…(He who’s last name is too complicated to write down) high pitched gargles, reminds me of my wife when she reaches her climax at the end of our twenty seconds lasting mating game.

Mister Saenz drumming at first, sounds a bit sloppy, off beat, after several listenings you start to notice some very fine details and a great timing. Mister Mann sprinkles some fuckin’ fine solo’s over these four bastards as a sour sweet topping. Check out the short but subtle solo in “Smoldering”, the fluent melancholy near the end of “Coffin Spells”. “The Labyrinth” splits your skull in half with an obliterating riff, immediately curling itself up into my underdeveloped brain. “Where Idols” opens with a Black Metal riff transforming into a Death Metal mongrel after 30 seconds.

No doubt, that these three gents are demonstrating some serious craftsmanship, lifting these four gems way above mediocrity. I’ve ordered my compilation copy of Conjureth’s both demos on vinyl at Fucking Kill Records, and so should you. (Franki_boj)