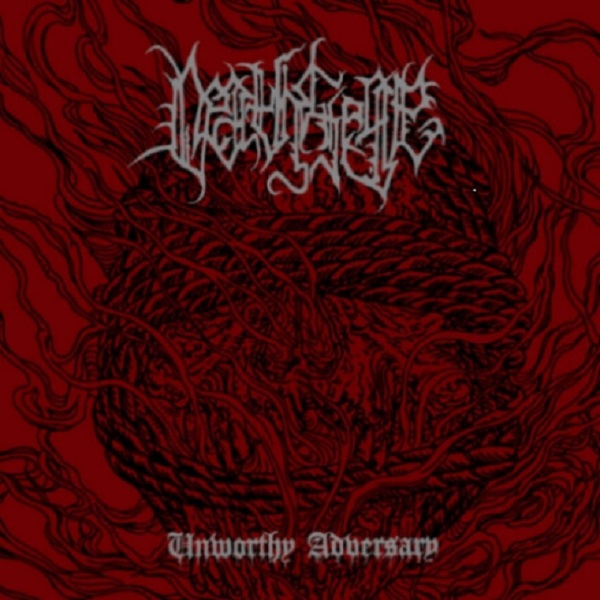 This is part two of my Deathsiege demo reviewing spree. In case you didn’t read the ‘Cannibalistic Patricide’ demo review, allow me to acquaint you with Israeli band Deathsiege, a bleak and tortured duo who produce ungodly noise and lo-fi tones of a Black/Death Metal persuasion. ‘Unworthy Adversary’ is the name given to their sophomoric demo release and the title itself will give you some inkling as to the rampage about to unfurl before you. Oh, and you’ll be pleased to know that instead of a six minute barrage, Deathsiege have upped their game considerably and granted us a full eleven minutes this time around. And they’ll have needed that extra five minutes too as way more work has been put into song structure on this demo, as well as the production which remains murky but definitely clearer. What remains from the initial demo release is savagery in vocal form as J.S. sears his throat with scorching barbs and fury. However, everything else is improved including a far more intensive grinding quality on the guitar leads and a much higher standard of drumming too. As I say, the song-writing process has clearly been overhauled because rather than just brutalizing us throughout each song Deathsiege have introduced menacingly slow passages which allows more scope for the bands increasing guitar based dexterity to really shine, if you can shine whilst creating gloomy atmospheres. The majority of this demo is still a rip roaring ride and barbarically fast Extreme Metal, but the difference between the two demo releases is night and day! (Luke Hayhurst)