Amorphous Dominion – “We are proud to be the Eastern Sons of the Northern Darkness!” 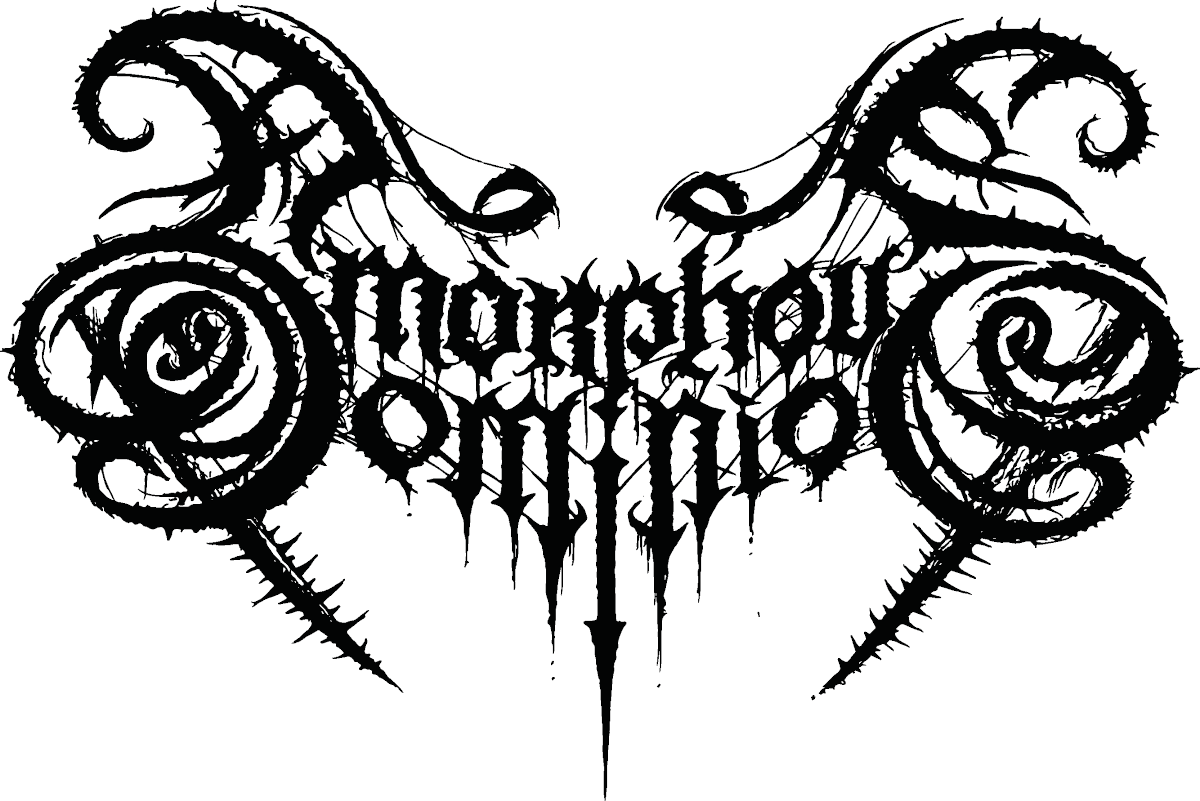 A few weeks ago I came across this band from Thailand, Amorphous Dominion. Their first demo, simply named ‘Demo 2022’ is a pretty good example that on all corners of the world great Symphonic Black Metal is being made. Surprisingly this band also sounded rather European to me. Besides the quality that the demo offered, my curiosity also led me to turn to the bands’ main man Sunrize Eclipse to ask him some questions.

Since Amorphous Dominion is quite a new band, can you introduce the three of you a little?


Darkest Hails to VM-Underground, we are “Amorphous Dominion” which we play kinds of 90’ classic way of Atmospheric Fast BLACK METAL Holocaust and we are from THAILAND.

I’m Sunrize Eclipse – drums / Master of Disharmony on guitars / Despairing Poems / Mastermind of the horde and the others are Winterpath on guitars and LuX Aeterna on bass & vox. I’m so pleasure to answers and let you guys know more about us. Hellcome and enjoy our darkness prevails. 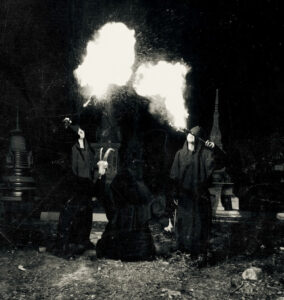 I thought that ‘Demo 2022’ really sounded great and was played really skilfully. My guess is that you are not entirely new into the world of (Black) Metal. Are the three of you also active in other bands or musical projects?
Thank you very much for your kind of those words. Everything started and formed by me, I just want to create and play from what I feel / my passion is beyond the dark horizon under the despairing twilight. As far as it’s more than 33 yrs. that I’ve listened to metal music and I’ve been involved with the metal scene in Thailand as show organizers, label and bands since’ that time.

Well, I actually supposed to be one man band in the beginning but later I was thinking something more like performance/touring and more serious dedication for this band then mid of 2021 I invited my metal brothers: Winterpath and LuX Aeterna joined in my path of darkness apocalypse. After they listened to the songs I wrote, they totally possessed and agreed my invitation, we mostly have the same direction. Me and Winterpath have played in other bands, Lux Aeterna he had disappeared from Thailand’s metal scene over 16 yrs. before his disappearance he was in the band which released an important Black Metal album released in Thailand’s metal scene history as the first Black Metal band in Thailand even he was the same family tree with me in that band but different generation in that band, until’ mid of 2021 when I think about the Amorphous Dominion’s horde then I call him and invited him return to play music again.

How do you look back upon the process of writing, recording and releasing your demo? Are you satisfied with how things turned out?

I create the song on guitar first even as far as I’m mainly on drums. Actually, I don’t know about the guitar chords I just feel and follow the melodies of darkness in my head which it’s taken from my own instinct as I know what it should be. This may wrong or stupid way about professional song composer But I don’t care and don’t give a fuck……….. My own intention as I realized as I won’t to know the basic or guitar chords. That pretty fun and challenging my music skills, that you can hear my deeply dimensional feeling detonation.

I don’t know any other bands in the world of darkness has anyone do it like me before or not?? But I do this way, THAT’s IT hahaha. Just keep straight forwards to do from what I want to play. Then I recorded guitar guide and take the guitar tracks to practice on drums at the rehearsal room, then I recorded my practice video clips to show the rest members how the song structure’s gonna be like. 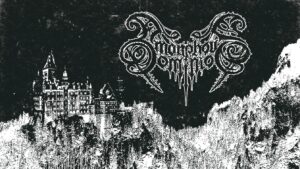 What is the meaning behind the name of ‘Amorphous Dominion’?

Where the forgotten souls belong to…. which liberal ideology against the light, It’s our darkest path, spiritual dominion through Despair, Cold, Hatred, Mysterious Wing of Suicide.

Where do you draw your main influences from? The music on your first demo sounds rather European to me. Is your Thai background of any influence on your music?
In 90’ era as second wave of BLACK METAL established which mainly based on European dominations: Norwegian Black Metal and Swedish Black Metal were rising blazingly; of course, we’ve definitely got a huge influence from the motherlands of BLACK METAL, we are proud to be the Eastern Sons of the Northern Darkness!!!

But I try to play with Thai Traditional Folk elements/rhythmics on guitars, but if I directly straight put Thai traditional instruments on our music I think that too nonsense and not special meaning for me….. I want to make its sounding like those instruments vibes, but it comes from guitars which variously driven from Thai Isan (Thai-Northeast style) and Lanna (Thai Northern style) elements emerged becomes kind of like European vibe meets Asian vibe through guitar distortion instead.

Being quite some miles away and never been to any Asian country before, it is hard to imagine how  the (Black) Metal scene in Thailand looks like. Can you tell us about it?
BLACK METAL scene in Thailand still very small and need to get developed itself. For me not only music skilled but also ideology / attitude / image / passion is much more important than ever.  Everything must be delivered to the right way of the darkest path. If you are in-depth and possessed by darkness about BLACK METAL, own having the high taste in details with nice composition you can make it as epic releases…..666%  Do you think so?

Are there any bands from Thailand that are very much worth checking?
I won’t to recommend who is the best or suck, but you can check these bands out and judge from what you hear by yourself, here we go: Surrender of Divinity, Zygoatsis, Dark Mystery, and some newcomers as they still need to improve themselves are like: Lotus of Darkness, Dei Tetra, Awicha, Genocidal Sodomy, กาฬพราย (Kan Prai), อัฐิ (At Thi). 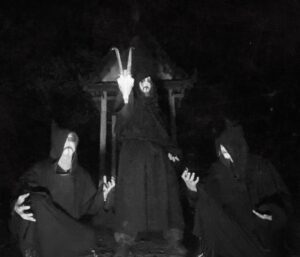 Do you have any plans for the future? Anything we can expect from Amorphous Dominion?
Right now, we already have our own 13 tracks which each songs probably 8-10 minutes with ton of riffs and we would like to get signed with the labels that they want to work with us to release EP or split or full length album. If possible, for touring we definitely want it!!!! We want to spread our darkness anthems out there and share any experience together and drink beers!!!!!! Hahahhaha.

To close off this interview, do you think I forgot anything or do you have any last words to share?
Our gratitude and thanks to VM-Underground for giving us a chance on this interview. You can check and keep update about us through these platforms: