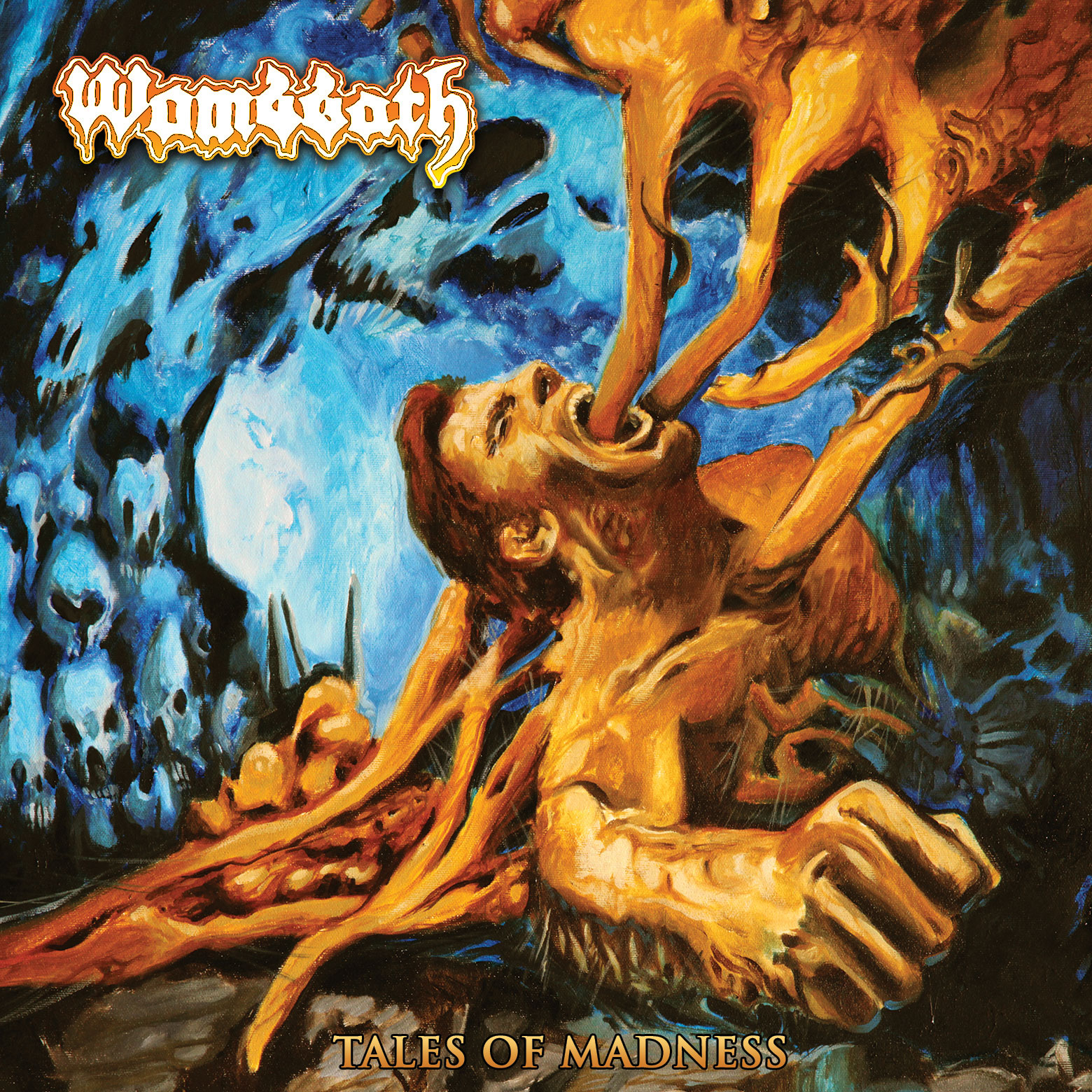 In their persuit for the desired sound and place in the Old School (Swedish) Death Metal scene, Wombbath released ‘Tales Of Madness’ by the end of 2020 – actually their second album to be released in that year. The bands’ fifth album and fourth after their reunion in 2014. Wombbath’s output since their resurrection has been received with mixed emotions. While their first effort, the ‘Downfall Rising’-album from 2015 (Dark Descent Records), wasn’t a bad first attempt, but especially ‘Choirs Of The Fallen’ (2020, Soulseller Records) couldn’t live up to the expectations. Some of the new tracks on the various split 7” EP’s seemed to be working better, than most of the full-length albums.

On ‘Tales Of Madness’ we get to hear Wombbath on their very most Swedish. A thick buzz-saw guitar is the very cornerstone of each and every song on the album. It makes the album rather riff-heavy, which is further emphasized by the raw throaty vocals and a hugely dense production. In fact, the guitars are compressed quite a bit which gives it a somewhat unnatural sound. That is, in fact, very much unlike most of the other Swedish Death Metal bands, who, despite the same character of the music, sound a little more fluently. This compressed sound also makes the all songs sound a very much alike, the album does come across like one long Swedish Death Metal blur. Which is not a bad thing or a disqualification per se. But although it sounds like a sledge hammer at first glance, it kind of wears down and loses a bit of its magic after a couple of songs. Yet, they have added a little Dismember-like variation in melody for good measure, this way they prevent the album to become too much of a bore. I suppose it is needless to say that Wombbath never reached the levels of Dismember, especially when you listen to a song like ‘Lavatory Suicide Remains’ in which the guitar solos seem to lead nowhere.

Despite all these remarks and Wombbath almost having no own musical identity, the band delivered their best post-reunion album so far. At least they understood that with this sort of music you should keep your albums short, with ‘Tales Of Madness’ clocking in just over half an hour they kept it at its most lethal and effective. For anyone with an unquenchable thirst for Swedish Death Metal, this is definitely a good album to pick up. But anyone looking for something more than just the beaten track, look further.