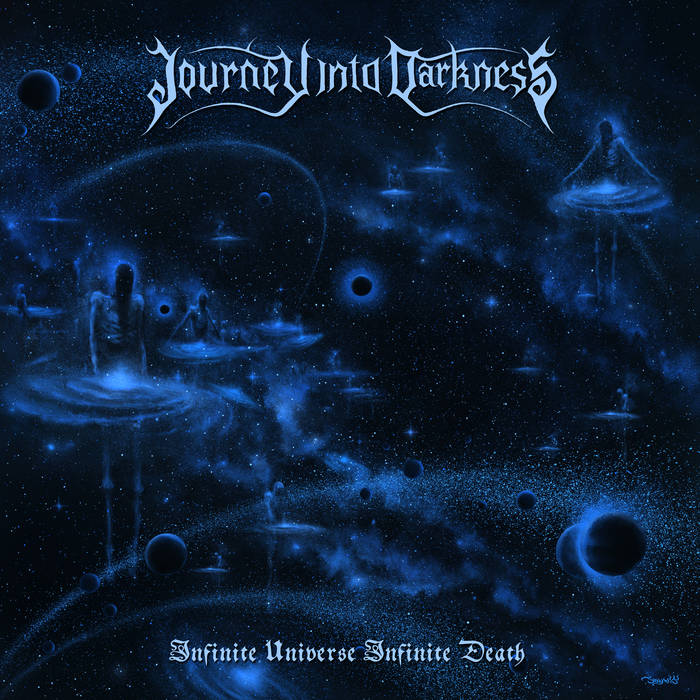 In the year 2020, Brett Clarin seems to have returned for an almost 25 year musical hiatus with the second album from what has now become his one man Symphonic Black Metal project “Infinite Universe Infinite Death.”  The album fell just short of the 28 minute mark, yet was rather memorable with unique instrumentals.  About one year later, Clarin was able to have another album for fans of Symphonic Black Metal, which seems to have been making a bit of a comeback lately.  His newest album titled “Infinite Universe Infinite Death” falls exactly at the 35 minute mark, which shows that Clarin seems to really be coming into his groove regarding the songwriting process.  There is no instrumental opener this time around, as Clarin gets straight to the actual song titled “Leave this Place.”

This newest release from the former Sorrow guitarist features more keyboards combined with more aggressive guitars featuring more twists than the previous release.  The sound feels a bit more dynamic as not only is the synth work is more prominent, but the music seems to breathe a bit more.  As with the previous album, all of the songs presented on this album are worth the time for the listener, as there is no wasted seconds here.  Ironically, the most lengthy song on this album is titled “The Briefest Moment.”   This album as a whole gets straight to the point from beginning to end.

The title track itself is most certainly worth mentioning for it’s uniqueness as it was an instrumental in the middle of the album which lasted for just over two minutes.  The melody really made me pause to look at the track listing.  If I had the actual CD, I would have opened up the lyrics and begun to have read everything inside.  The title track is also repeated at the end of the album featuring cleaner sounds, which effectively left this newest release from Clarin in my brain and had me foaming at the mouth for repeat listens ever since.  This is not a masterpiece by any means, as the music does not quite breathe enough for me.  There are some sections that I would have liked to hear elaborated on, especially the non instrument only tracks.

However, while “Multitudes of Emptiness” was above average in my opinion, I thought “Infinite Universe Infinite Death” was a vast improvement. None of the three releases under the Journey Into Darkness name were bad in the slightest, as it depends on what you’re in the mood for.  In closing, the fact that Clarin was able to release this newest album so quickly displays how inspired he has been through the pandemic.  What he is accomplishing by himself is really quite impressive since there is quite a bit of music worth frequent listens.   Lyrically, “Infinite Darkness Infinite Death” fits more with movies like “Event Horizon,” which is perfectly reflected in the artwork.  As with the previous album, the various layers of bluish hues over the black background grants glimpses of what this music is about.  This release is highly recommended for those adamant about wanting more Symphonic Black Metal in their lives without love letters to vampires and corsets as there is an abundance of death metal undertones in the guitar-work presented here. (Old Man Stares)