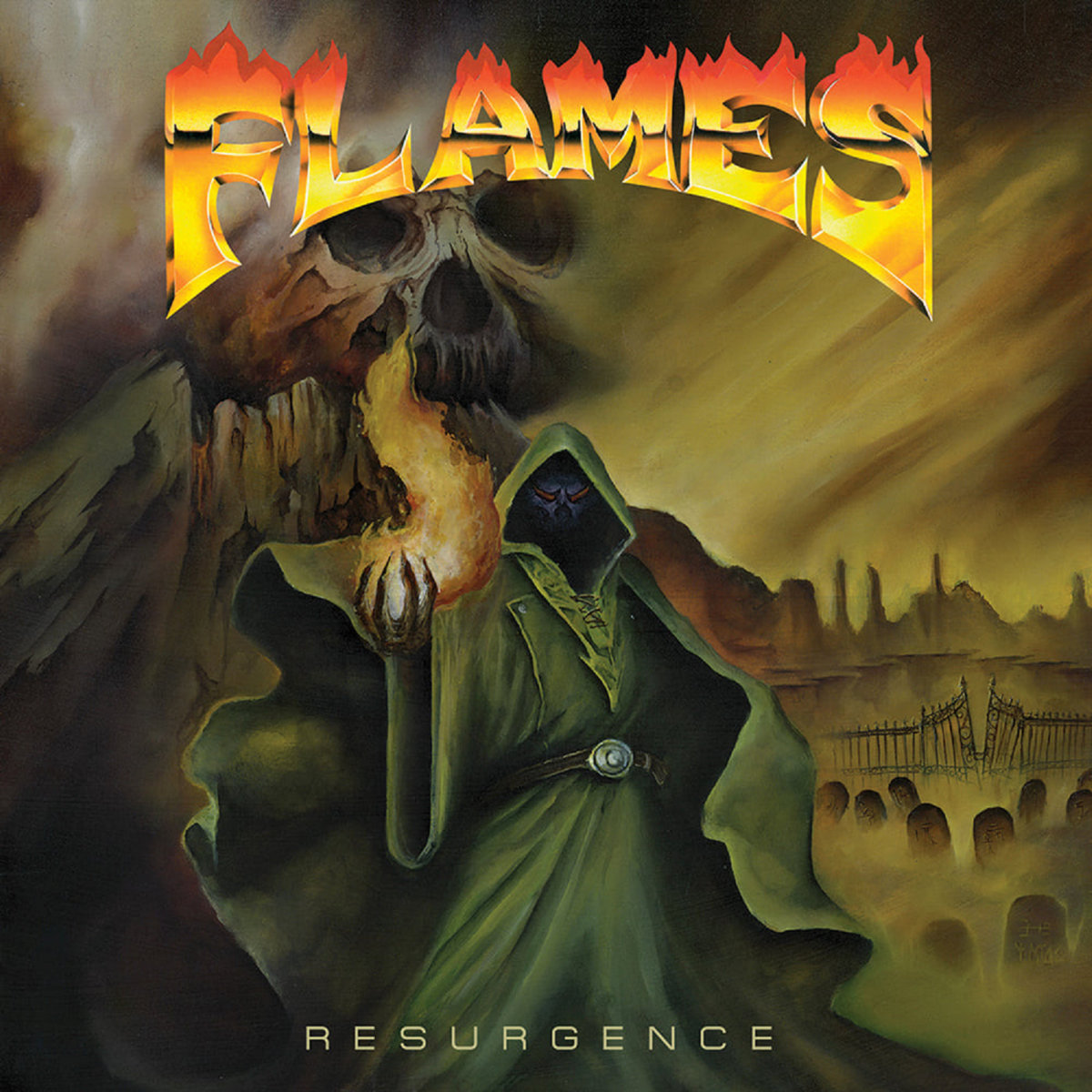 When it comes to the Greek metal scene, one of the earliest and most important bands that helped shape the lively scene that we know today, definitely is Flames. Starting out as early as 1984, then sporting a sort of Heavy Metal sound that bordered Speed Metal, they have released a two records in 1985 and 1986 that are almost impossible to get these days. In a musical climate in which each wet sounding fart that Fenriz ever recorded in his windy rehearsal shed is getting reissued several times in marvellous looking but outrageously expensive boxsets, these two early Flames albums were only reissued once on CD, and that was exactly 20 years ago. Anyway, the band progressed to a more aggressive Thrash Metal sound on the albums that would follow, with their ‘Summon The Dead’-album from 1988 becoming a true classic in the Greek metal scene.

While their very early Heavy Metal efforts were mainly a bit German in sound and feel, the band progressively went for a more American approach of Thrash Metal. Getting into those hooky and riff-heavy territories of bands like Heathen, Lääz Rockit, Vio-Lence, EvilDead or Defiance. Even when the band never officially split up or quit, they lay dormant for large amount of years before releasing this comeback album. Their last effort dates back to 1996’s ‘In Agony Rise’. In the meantime nothing seems to have happened to the band, but at some point in the recent years the Kirk brothers must have felt it was time for to resurrect their brainchild.

This new album, the very aptly titled ‘Resurgence’, shows the band with two new members: guitarist and vocalist Thomas Trampouras and scene veteran Nick Samios (ex-Acherontas, ex-Deviser among a huge amount of others) on drums. With this newly revamped Flames, the brothers went ahead and wrote what became the best sounding Flames album so far. An in your face sort of sound that allows the band to hammer their angular riffs right into your skull. Musically they still dig into that same American fashioned Thrash Metal, with loads off staccato riffs and a minimum of melody and complexity. Trampouras’ unmelodic way of singing fits the music well, but might require a bit of perseverance from the listener to get really used to, also because the vocals are put quite a bit on the forefront of the mix. But, it does give the music that angry punch to make it stick.

With ‘Resurgence’ the band delivers an enjoyable comeback and there sure is an audience for this sort of music. I can only imagine how happy a lot of those always enthusiastic Greek metal fans are with this new record. But on the other hand, I can’t imagine that this new album brings the band anything other than a reaffirmation of their status; I would be surprised if they will be able to reach a much wider audience than those who were already waiting for this album to surface. But then again, who cares? The Kirk brothers & Co. are evidently having fun cranking these tunes out of their instruments and those who love their Thrash Metal a little basic but violently fun will find their way to ‘Resurgence’ anyway.