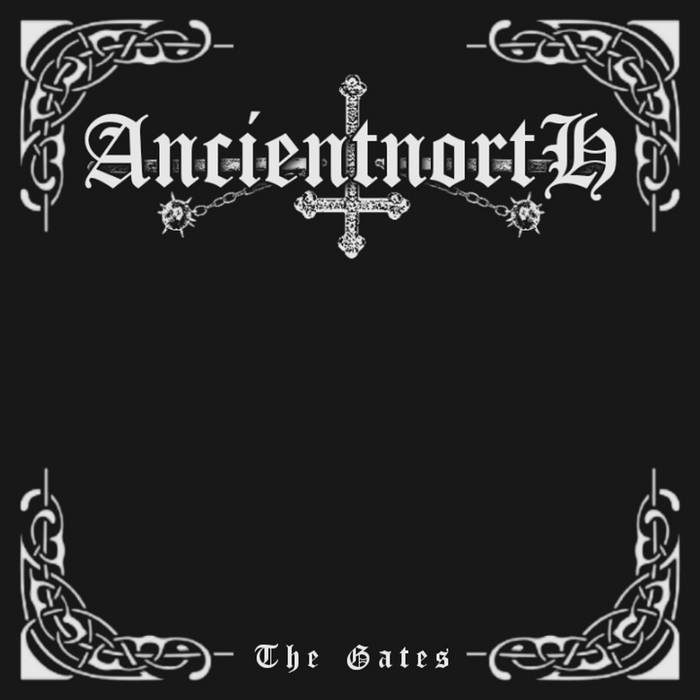 This American one-man act Ancient North gives away what to expect even without having heard a single note. One look at the cover of ‘The Gates’ and the comparison with ‘Antichrist’ of Gorgoroth is easily made. Add the band name and there is nothing left to guess for.

Forlorn, the sinister (and young-looking) figure behind Ancient North, does not hide his fascination for Norwegian Black Metal. In just under 40 minutes, the all too familiar elements rushes past your senses: rattling drums, cold power chords and raspy vocals. Let’s assume for the sake of convenience that we have to accept this as an homage to that iconic Norwegian sound and not see it as a simple rip off – for it does sound a lot like that. With that in mind, there is still no other conclusion to be drawn that the whole thing is pretty one-dimensional and although it doesn’t sound all that bad, there is not a single riff that really sticks. There is no denying that Forlorn tries hard to make everything sound as authentic as possible, including the for early Immortal so characteristic abrupt start-stop’s and a Darkthrone-cover in the form of ‘Graven Tåkeheimens Saler’.

My guess is that Forlorn’s favorite records will be Immortal’s ‘Pure Holocaust’, Darkthrone’s ‘Under A Funeral Moon’ and the first three Gorgoroth albums, however, never does anything on ‘The Gates’ approach the level of these musical examples. Forlorn will have to do more than this with Ancient North to avoid the danger of following in the footsteps of so many band’s doing ‘that Norwegian thing’ but all failed and got lost in oblivion.