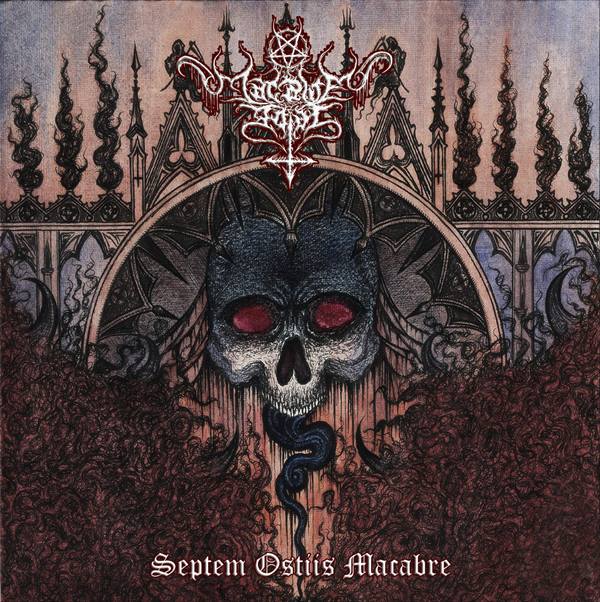 Mexico and extreme metal, a good thing If you ask me jajaja. The 3 members just started last year with Macabre Goat and already recorded the now discussed debut album “Septem Ostiis Macabre”. All members are also active in other bands and know their craft. Macabre Goat is a pact to old rotten Death Metal. The guitar sound is muffled, the drums powerful (even if not that modern and crushing, more mid/late nineties), the bass thunderous and the vocals from the grave.

Macabre Goat are not reinventing the deathy steele but want to express old skull fracturing Death Metal that has a certain atmosphere and I think they did quite well. Besides heavy punching riffs (palm muted chords, open chords, tremolo picking, everything that is necessary) they also incorporate melodic, melancholic leads that gain a dark atmosphere within the putrid riffland (Autopsy and mostly Incantation to name 2 references). Means also that they vary the speed between doom and blastbeats with all the variations and in-betweens. The gloomy atmosphere is triumph, and probably the best when they go for it.

It sure more accessible than Unaussprechlichen Kulten but maybe less than Immolation, with an overall sound that is similar to Incantation with more of a Grave Miasma like atmosphere.

Nothing new, but Death Metal to the bone and a good (first) ride of a band that sounds promising. Keep an eye on them and enjoy the rotten corpse of Death Metal that “Septem Ostiis Macabre truly is”.. (DPF)