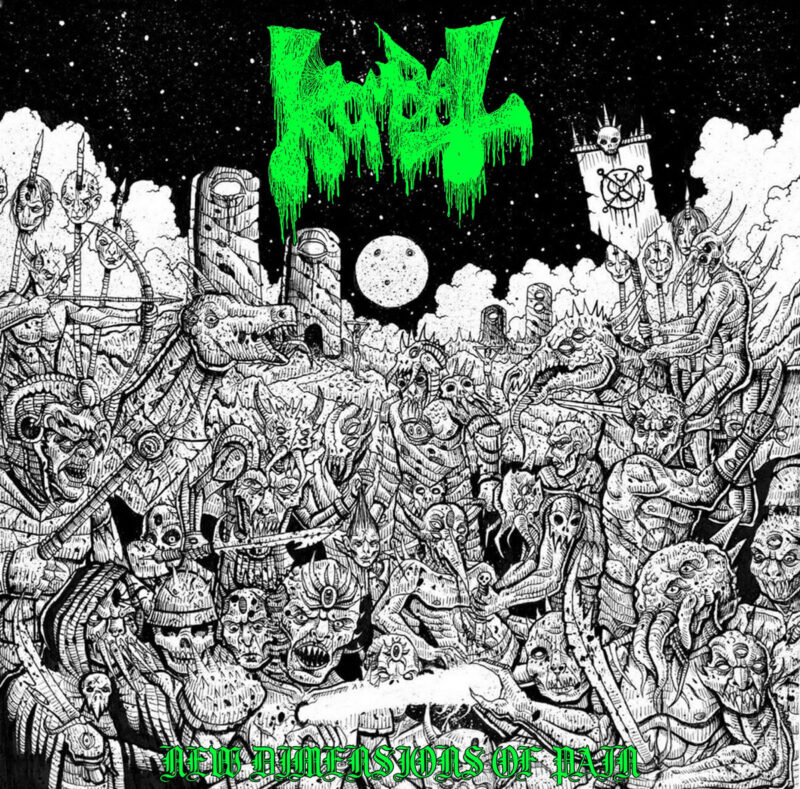 Everything is bigger, better, and heavier in Texas. When it comes to music, us Texans don’t fuck around whatsoever. Such a prominent underground scene for up and coming bands. Based out of Denton, Kombat is a five piece that’s a force to be reckoned with. Their EP “New Dimensions of Pain” demonstrates a tightly produced blend of Death Metal with some crossover riffs and breakdowns.

Five tracks (17:18), starting with the longest track 50 Caliber’s Call (6:02), gives off a riff (1:24) reminds me of Bolt Thrower’s “Mercenary” & Nick’s vocal style feels like it’s in the realm of Bloodbath meets Unearth, more rough around the edges, bit of coarseness but still powerful. Oehmler’s drumming technique is polished, superior in some parts of this EP, (no complaints on that) very proficient in skill. Of course can’t forget to mention MacDonald’s striking solo (3:24-3:56), pure crushing magic. “The Flesh Collector” is a highlight for this EP, commanding feel to it, lyrically in your face “Close your eyes and say your fucking prayers” makes reality settle in that I’m about to take my last breath before being decapitated and have my head on a stake. Also feature an outro solo. Another observation is that their track layout is not typical; they rearranged it differently and actually like it better versus the predictable long track for last or having a popular catchy tune come first or even the “Outro” instrumental being the last track on this EP is better than in between songs or beginning of it.

Time will reveal more from them, can feel it. (Tori Belle)