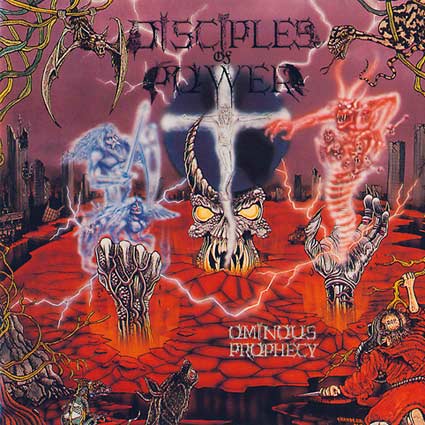 Did this affect their music style? Nope, not really, cause again a more than decent Thrash/Death album is written by those guys. Is it as good as its predecessor? Therefore I have to put in my joker, cause I’m not as thrilled as listening to “Powertrap”. The vocals sound a bit more murk, but technically seen they again hit the nails with some outstanding tracks (“Nature’s Fury…” and closer “Eternal Purgatory”) that proves their technical ability and songwriting. More slower parts are inserted on this album that sometimes diminishes the experience, but overall seen again a more than decent release. Re-released on 12” vinyl through the Blood Harvest label, on disc via VIC Records if you’re interested. (Fredde)