Witch King – Voice of the Ossuary 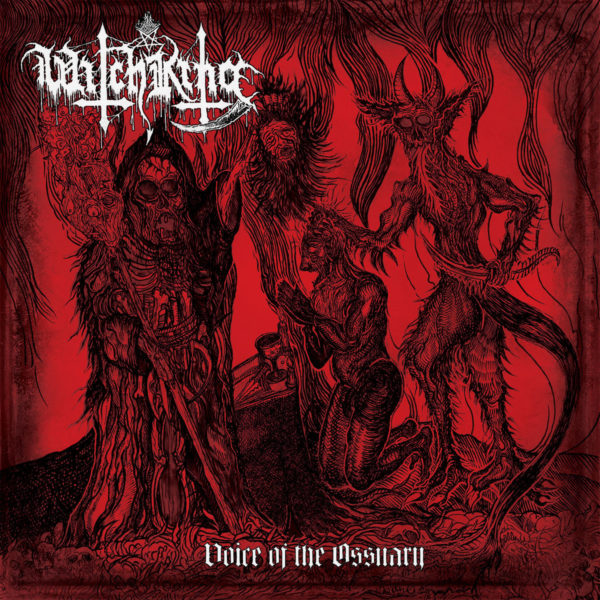 Don’t you think a band has a couple of options to start an album. Option I: A sample as intro, be it from a horror movie, a recorded catch-phrase of the owner of your local liquor store owner or Family Guy’s Peter Griffin singing “Bird is the Word”. Option II: Something to ease in…maybe something acoustic or a piano tune…Option III: Enter the building with a battering ram. Witch King decided to go for option III.

The Black/Death from these 3 guys from Rhode Island, USA, started with a sonic assault thanks to opening track “Rejection of the Light”. But also a track like “Jehovah Grinder” or “Savage Conquest Upon Holy Lands” are just full throttle. Inspired by the subtlety of Blasphemy and Archgoat, Witch King provides a powerful yet audible slab of Bestial War Metal which I can only recommended to the fans of the genre. (Ricardo)