Gutwrench [HOL] -The Art of Mutilation 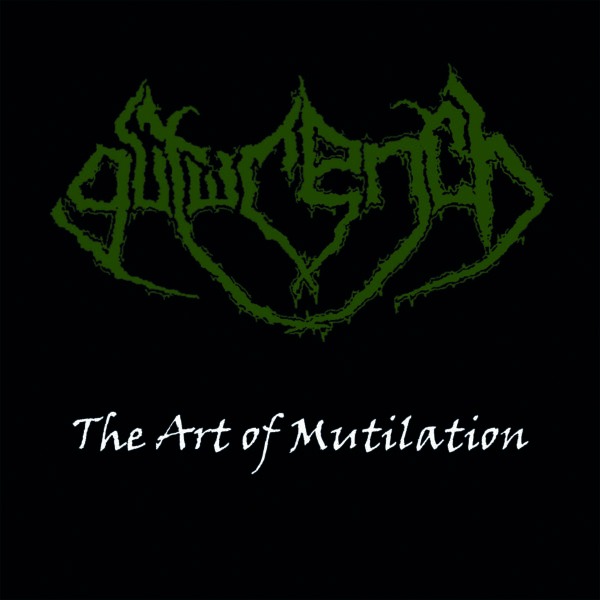 What we have here is a re-release of Gutwrench’s two demos that were originally released in the early 90’s. I believe there is another band going by the name of Gutwrench these days but this was my first time hearing this Dutch band. I have to say that I am a huge fan of this material. There is just something magical about early 90’s Death Metal and Gutwrench is no different.

It has definite hints of Florida death metal but also possible hints of doom and Finnish death metal as well. The opening riff of “Necrosis” brings in some almost Sabbath vibes before moving back into rapid fire death metal. Fast riffs and growling vocals are the name of the game here and I wouldn’t want it any other way. The thrash influence is definitely there as it was with most bands of the time period. “Crawl” is my favorite track utilizing quick tempo changes and some awesome slower sections later in the song. The second half of the album is the bands second demo and it’s a bit more raw but also shows the band bringing blast beats into the mix. “Asphyxia” brings in some vintage Paradise Lost riffs and just has a killer feel to the song. The rest of these songs are a bit darker and feature more tempo changes. Possibly not as memorable as the first half but absolutely savage death metal is on display here.

The production has a Morrisound style and it really works for the type of death metal on display here. The fact that these were originally demos actually blows my mind. There is a professional feel to the songwriting and is missing all of the rough around edge feel you’d expect from a demo. I’m a sucker for all re-releases of demos or albums I might have missed back in the day and discovering this has been an awesome experience. If you are a fan of early 90’s death metal and have not heard Gutwrench yet, this comes highly recommended. (MikeH)