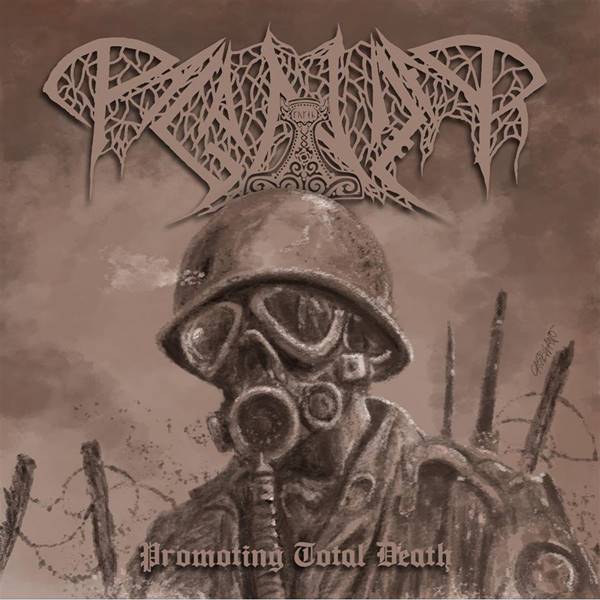 The trio from Sweden was found in 1998 and “Promoting Total Death” is their second release. The first one was a Thrash Metal album but this one is a pure Death Metal. Deep impulsive guitars and a balanced pace change are connected with coarse growls and distorted screams. The production is ok even though the snare sometimes gets on the nerves.

Nevertheless the level of the songs declines steady from song to song. The problem is not that the songs get worse but they very sound the same which gets very boring. The riff of the next song sometimes sounds like the riff from the song before. “Promoting Total Death” will definitely perish in the grey mass of underground-Death-Metal-bands. This is very sorry because there would be potential for more at any rate. If Paganizer manage to put everything on the next level they will surely be in an upper league of Death Metal. (HaCeBo)