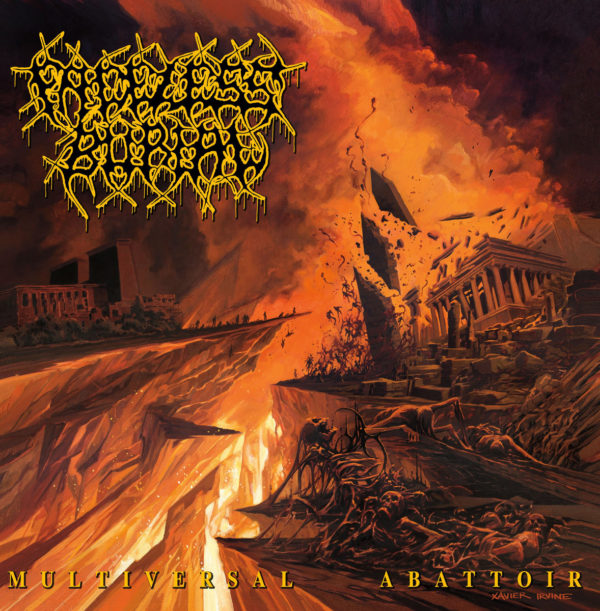 Spewing from the deepest part of the sewers comes the new EP, “Multiversal Abattior” from Faceless Burial. After only 1 year removed from their debut album, “Grotesque Miscreation”, these Aussie Death Metal rippers are back and haven’t missed a beat. The intro to the EP is a song named, “Sluiced in Celestial Sewerage” is an acoustic guitar intro that sounds beautiful on the surface but once it gets into it, it starts to mold your mind with echos of a concrete hole in the ground that’s just faint enough to hear and dirty enough to make you wash your hands.

With the second song, “Theriomorphic Meconium Aspiration” the tempo picks up and doesn’t stop throwing you into a tornado of riffs with that’ll leave shit stains in your pants and piss down your leg. The solo in this song is my favorite on the ep and it rips and dives throughout. Moving on to the song, “Fistulated Beyond recognition” brings the absolute GROOVE to the ep and really stands out and I thought a song like this would be the single simply based on that fact alone. by far the grooviest song on the album.

Overall this has the riffs, grooves, and shred that will surely satisfy a fan of deathmetal. If you’re familiar with these guys then this won’t be a surprise. This will definitely be on my favorite EP’s of the year list. ITS SO FUCKING GOOD.