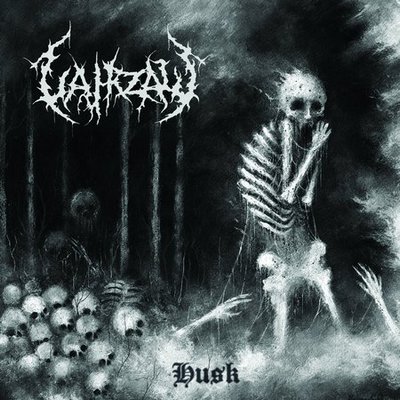 Vahrzaw from Australia deliver a tasteful mix of Extreme Metal, combining Black and Death metal into a brutal versatile sound with strong musicianship, being able to have a somehow own sound, although the references may shine through. 4 Years after their 2nd Album “Twin Suns & Wolves’ Tongues” the band has continued their path, adding some more variation and atmosphere into the dark sound. Vahrzaw aren`t shy to add some cleaner guitar sections which gives them a lot more depth and catchiness. The vocal sections are ranging from deep grunts to high shrieks, all interesting and versatile, fitting the entire sound pretty well. In terms of Death Metal influences I often thought about Carcass in some parts, maybe also in combination with the vocals, giving it an extra grindy feeling paired with some Tsjuder-like high octane Black Metal with furious blasting. Some melodic riffs could have been on an At The Gates or Carcass record as well. As you can see, there is variation in the sound without losing power, aggression or brutality. Each song has enough changes, twists and turns to be interesting. Strong follow up to “Twin Suns & Wolves’ Tongues” and worth checking out. (DPF)