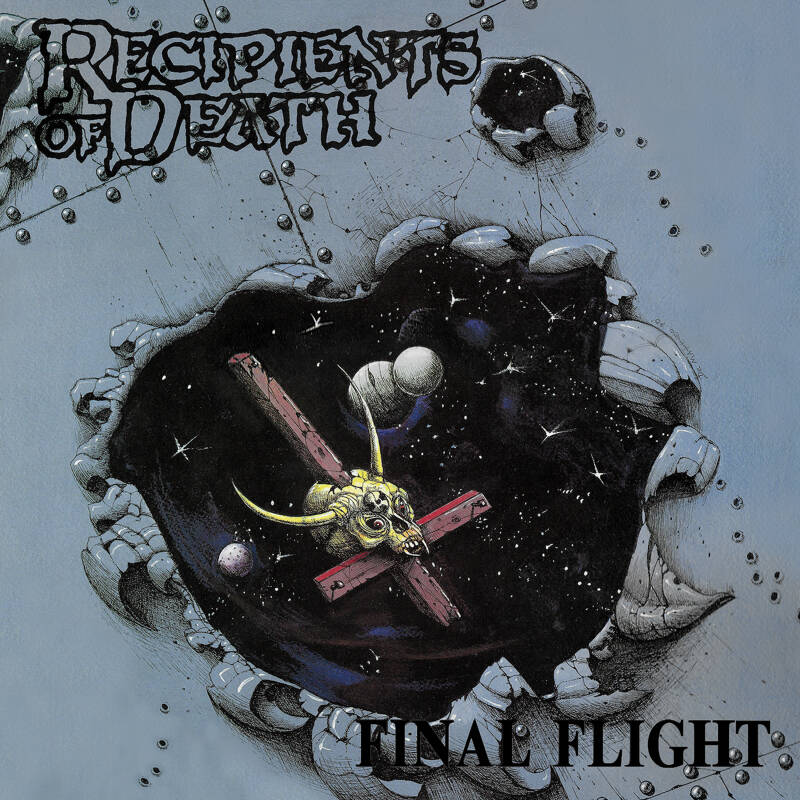 Halfway the 80’s, the absolute heydays of Thrash Metal, many of the founding fathers of the genre released their iconic and classic albums. But it was also the time that almost every extreme metal genre was called ‘Thrash Metal’, even bands like Venom or Napalm Death were promoted with the Thrash Metal-label in magazines and on concert posters. Yet, the ‘real’ thrash Metal scene was a flourishing community with so much variety and interesting movements. European Thrash Metal, like the obvious German trio of Sodom, Destruction and Kreator for instance, sounded completely different from their American peers like Metallica, Slayer, Testament or Exodus.

Then there was also a certain amount of bands that played Thrash Metal which was not much based on the Heavy Metal licks of Judas Priest, Iron Maiden or Diamond Head. They took their influences from (American) Hardcore bands and were total pedal to the metal. Their ferocious, unparalleled speed and sheer aggression was their trademark.

One of those bands was this Recipients Of Death from Los Angeles, California. They released two EP’s on Wild Rags during the late 80’s which are both compiled onto this CD by VIC Records. Musically they offer raging Thrash Metal that focusses more on breaking sound barriers and violent hostility than on musicianship or song writing. What they lack in talent they make up with their raging tempo and youthful enthusiasm. I would like to say they have more in common with bands like Sadus and Dark Angel, but it is needless to say that these bands were much more gifted and are on a completely different level. Bands like Cryptic Slaughter, D.R.I., Bloodcum (With John Araya, brother of Tom Araya of Slayer-fame), Necrophagia L.A. or maybe even Atrophy might come closest, mostly because of their Hardcore disposition and non-technical approach. The link with Dark Angel is also easily made because that band’s guitarist Eric Meyer ‘produced’ both of Recipients Of Death’s EP’s. ‘Produced’ because it does not quite sound like a masterpiece either, so basically it does fit to the music.

What happened to Recipients Of Death after the release of the ‘Final Flight’ 12” EP is not quite sure, but it indeed proved to be their final flight. Apart from Rich Gonzalez who very briefly popped up in Prong around the early 00’s and John Lisi now being in the reactivated Bloodlust (though active again since halfway the 00’s, nothing new has been released yet), not much has happened. Yet, Recipients Of Death wrote and recorded a new song for this compilation: ‘Death Forever’. I am not sure whether it was purposely titled this way, but listening to this lifeless and tame sounding instrumental track I think it is indeed better that the band is dead forever.

In the booming Thrash Metal scene Recipients Of Death never stood out of the crowd. Maybe because Wild Rags never spent much energy nor money in proper promotion and distribution, but also because of the band’s own mediocrity. And though I had a fun time digging up and playing the original EP’s from my personal collection, it is very much like I once heard a very wise man comment on this band and compilation: “many will not recognize the name of this band and it will remain so after this reissue”.