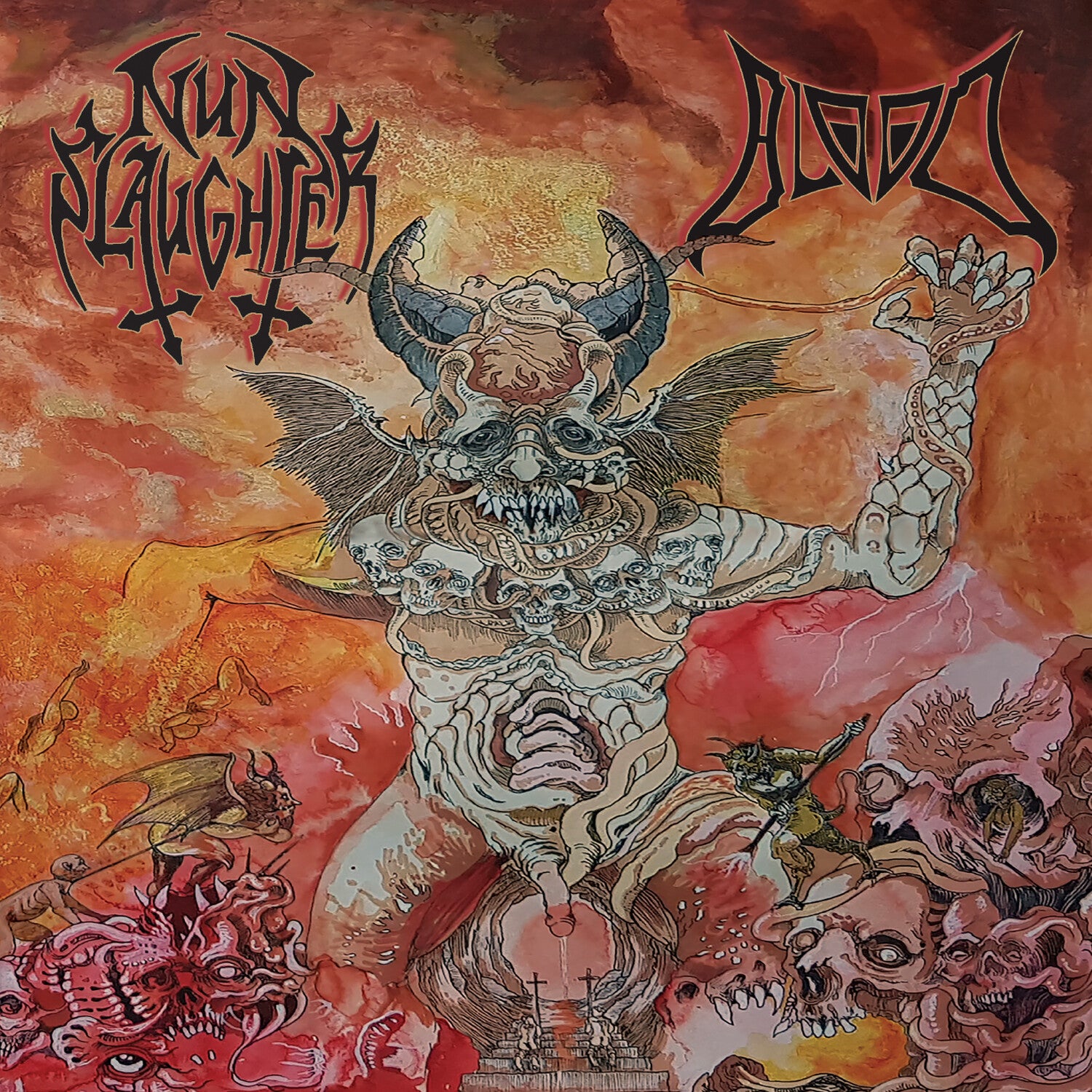 This is a split that you knew that would happen one day. Both bands never made a secret for their mutual admiration. The only surprising factor is that it took so long to finally happen. As Hells Headbangers’ house band, it is of no wonder that this split release sees the light of day through these  American metal overlords on cassette tape, CD and 12” vinyl formats. Dutch VIC Records joined the party for a European version on CD as well.

Nunslaughter kicks off with their trademark of one-dimensional, simple but effective Death Metal. Ever since their inception during the mid-80’s the band stayed true to the very embryonical stages of the genre to such an extent that Nunslaughter has grown to a true synonym for Old School Death Metal. Yet, compared to the majority of the material that the band released over the past decade, these three tracks are even a bit more riff based and less pointy (or short, if you will). With utilizing a less raw sound and a tad of an overall Black Metal kind of reverb, the band delivers a slight deviation to their tried-and-tested recipe. But true fans need not worry, as the chances that hell freezes over is much bigger than Nunslaughter straying from their belief.

For Blood’s four tracks I could basically recycle the words I used to pin down Nunslaughter’s side. The band never really lost track of their old school blend of Death Metal and Grindcore. Quality may vary, but in essence the band delivers just the same sort of savage and energetic fist in the teeth. The thing that strikes most on these tracks is the vocal delivery, which has quite a different tone and sometimes even reminds of Gorefest’s Jan-Chris de Koeijer. Apart from that, you get everything that you came for, short chopping riffs, frantic song writing, rumbling bass and ditto drums. Oh, and that same energy that just knocked your teeth out. Eat that.