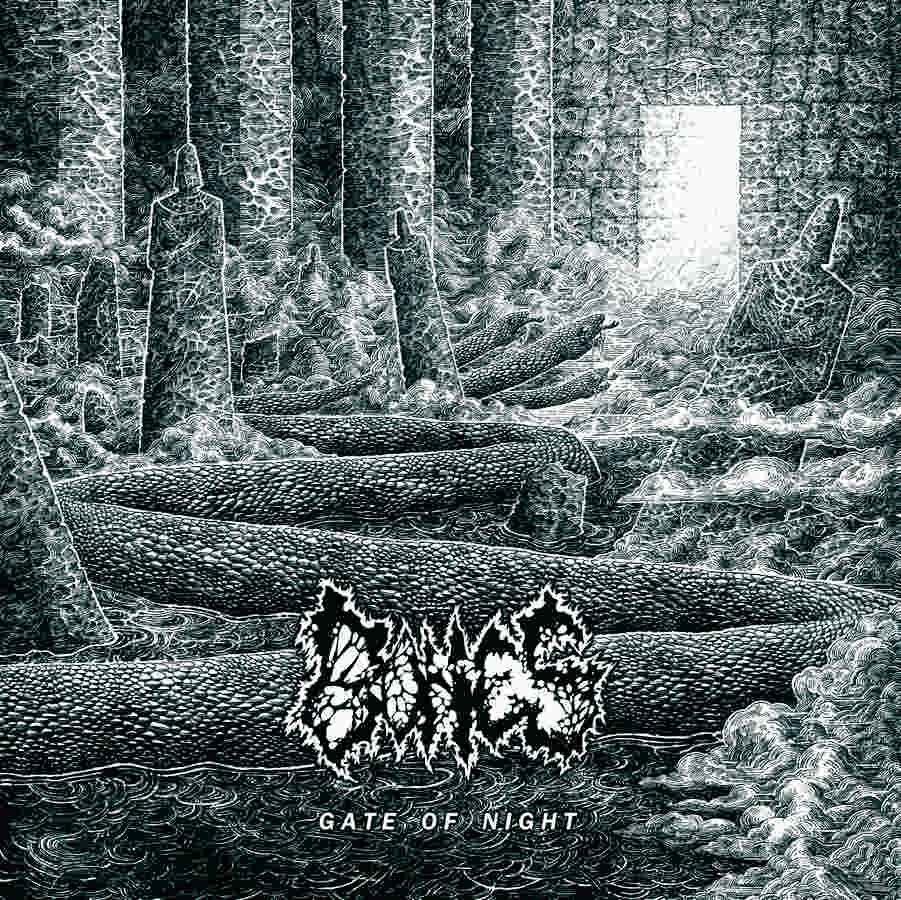 This Belgian band has released 2 demo’s and 1 EP so far, but it’s still waiting for their first full-length album. Again an EP has been produced titled “Gates of Night” and the formula stays the same. Old school Death Metal without any frivolities, just plain vicious, ferocious and a greasy sound.

Both tracks sound like Death Metal in the old days, only the mastering is somewhat ‘modern’ in comparison with rawer productions from the 80’s. Lots of influences to discover, and mixed all together you get a more than decent EP.  But I hope to hear a series of songs in  the near future to get a more general feeling about their sound. Someone needs to give you this kick in the ass, cause 10 years without a real debut full-length is a long time guys…no offence.