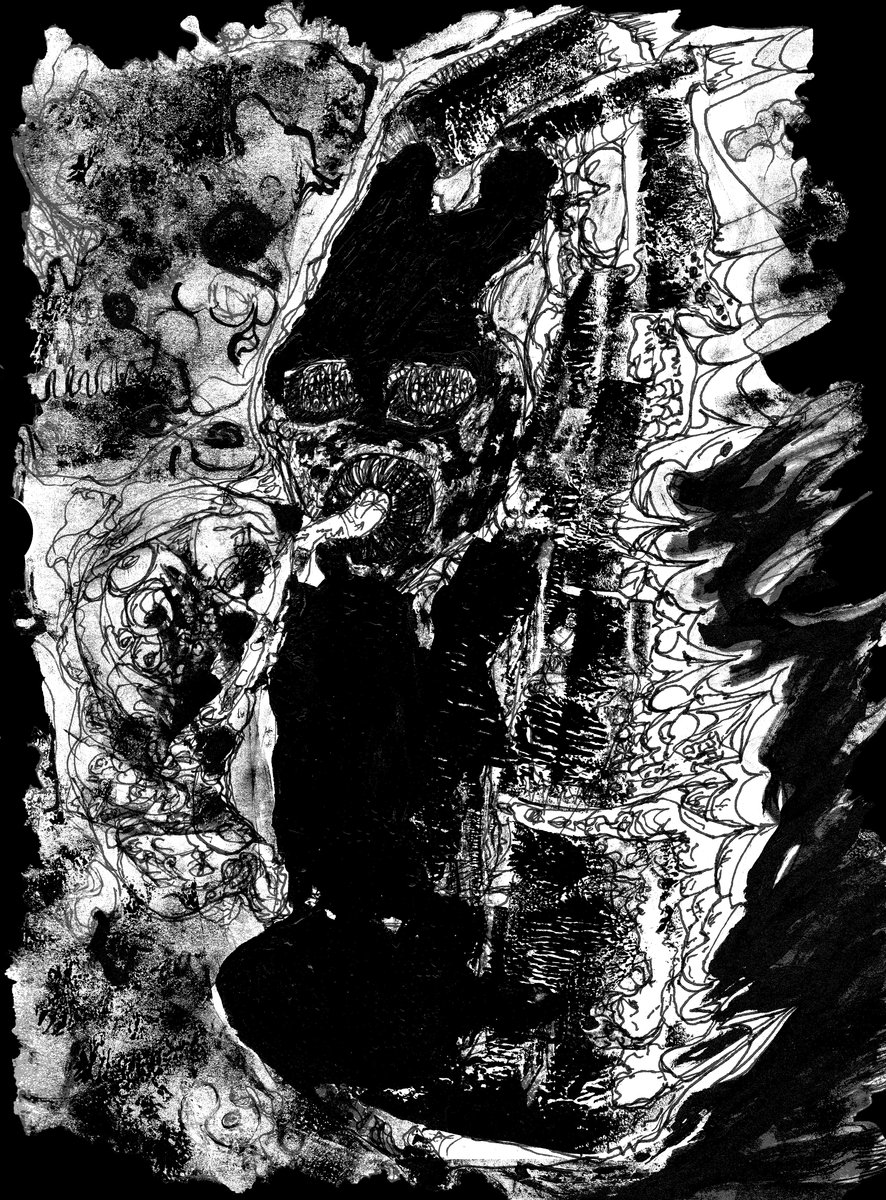 A different twist on the Anti-Christian / Religious theme, Anti-Shechinah in Hebrew is to be against the settling or dwelling of the presence of God. Israeli Black/Death Metal band Har take their name from a hill or range of hills in the Hebrew Bible. (I think) The ‘Anti-Shechinah’ demo is the bands third release and follows two previous EP’s entitled ‘Baal Ha’ov’ (Which I think translates roughly as Courageous or Ambition Lord) and also ‘Visitation’. Consisting of three tracks  and about fifteen minutes in length, the band offer up a snarling, lo-fi blast of vitriolic Black Metal with some venomous Old School Death Metal guitar leads and drumming styles thrown in. Ofek Saadi, the bands vocalist since their inception in 2014 has a fearsome growl and tempers it with more maniacal ramblings scattered throughout. When Har play fast they are uncontrollable, ravenous and belligerent. When the pace slows the bands more sinister, malicious nature rises steadily to the surface. I’m not a massive fan of lo-fi production but the ‘Anti-Shechinah’ demo it just works on so many levels. In summary, a subline fest of Blackened Death Metal with wonderful technical flourishes and angry, chaotic atmosphere. (Luke Hayhurst)