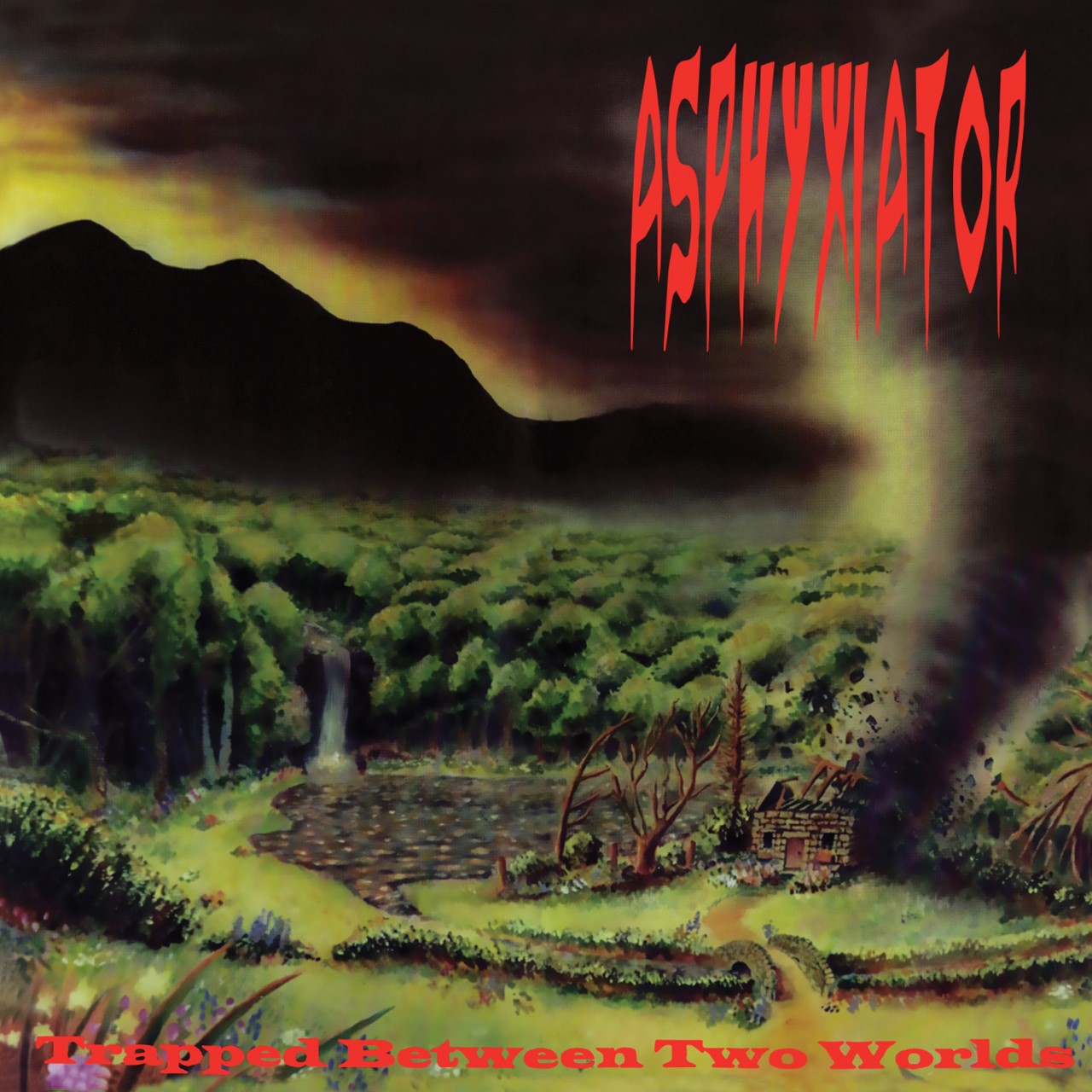 ‘Trapped Between Two Worlds’ is a superb debut (And sole) album release from Birmingham, UK Death Metal band Asphyxiator. It was originally released back in 1997 and the band folded not long after its release. However, in 2020 VIC Records re-released the album with all new artwork and gave it a shiny new CD re-imagining, and here are my thoughts on this until now, hidden UK Death Metal gem.

In truth VIC Records couldn’t have chosen a better album to breathe new life into, for it has everything a fan of Death Metal could possibly want, ranging from thuggish chugging riffs, dark haunting melodic undertones, intense grinding guitar leads and loads more. What Asphyxiator got oh so right all those years ago was that they sounded genuinely deadly, murderously dangerous. There is a frankness about ‘Trapped Between Two Worlds’, a sound that marks the album as a mid-90’s opus but still soundings belligerently heavy and relevant when compared to its peers of today.

Tracks such as the bullish ‘Night Stalker’ and the more intricate and technical ‘Serial Killer’ contrast each other well and showcase a band who really knew how to create a diverse and appealing album whilst sticking rigidly within the set confines of Death Metal at that time. They were masters of building suspense through methodical drum tones that rose steadily to crescendo whilst being accompanied by bleak synth harmonies, or of dishing out pummelling brutality that would then lead into more groove laden passages of head banging ferocity.

It’s a real shame that Asphyxiator called it a day after just one demo and one album release, but thanks to VIC Records the glory of their sole album release can be enjoyed by all today.