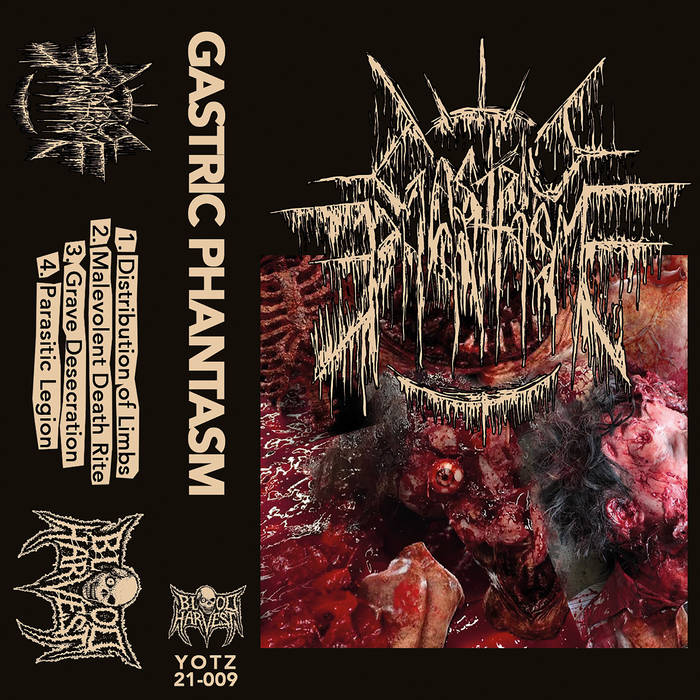 Newly formed Gastric Phantasm are here with their first demo, at first digitally self-released, but 2 gut dripping labels, Blood Harvest and Goat Throne Records, have given the world the chance to own this demo on cassette as well.

The intention of the 3 blokes in Gastric Phantasm are as clear as Dahmer’s intentions in apartment 213, creating brutal and grinding Death Metal like in the early 90s. Christian Brannon’s vocals, like guitarist Joe Shur also participating in Phthisis, are guttural while the tempo variates from doomy mid-tempo to grinding up-tempo, a bit like the old Suffocation, Scattered Remnants and Splattered Cadaver demos.

Although I keep in mind it is a demo still, I’m not convinced of the bowel movement powers of Gastric Phantasm yet as it lacks the “hit repeat” factor, maybe the final blow will come with the next release. (Ricardo)