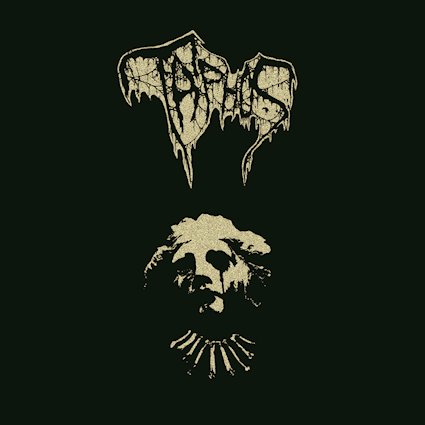 Death Metal and Denmark has been a nice combination in history but nowadays acts like Undergang, Phrenelith and Deiquisitor are swinging the axe with an urge to kill the barbaric way. And may I add a new personal favorite of mine? Taphos is able to create an unhealthy slab of putrid Old School Death Metal with all the ingredients which makes Old School Death Metal such a great style to listen to. Banging riffs, roaring bass, pace changes, pounding drums, a good growl and songs that are well written from the first second ‘till the very last second. You will hear all kind of dark influences of the Swedish scene, Autopsy, Incantation, Amorphis’”The Karelian Isthmus” and Convulse’s “World Without God” to paint you a sombre and blooddrippin’ picture. You’re probably not surprised when you look at the title, that the “Demo MMXVI” and the 7” “MMXVII” are featured on this compilation. Both were self-released on cassette but Night Shroud Records released the EP on 7” as well. Muddy and filthy Old School Death Metal and Taphos are reaching for the throne at the swamp. Let the stench lure! (Ricardo)