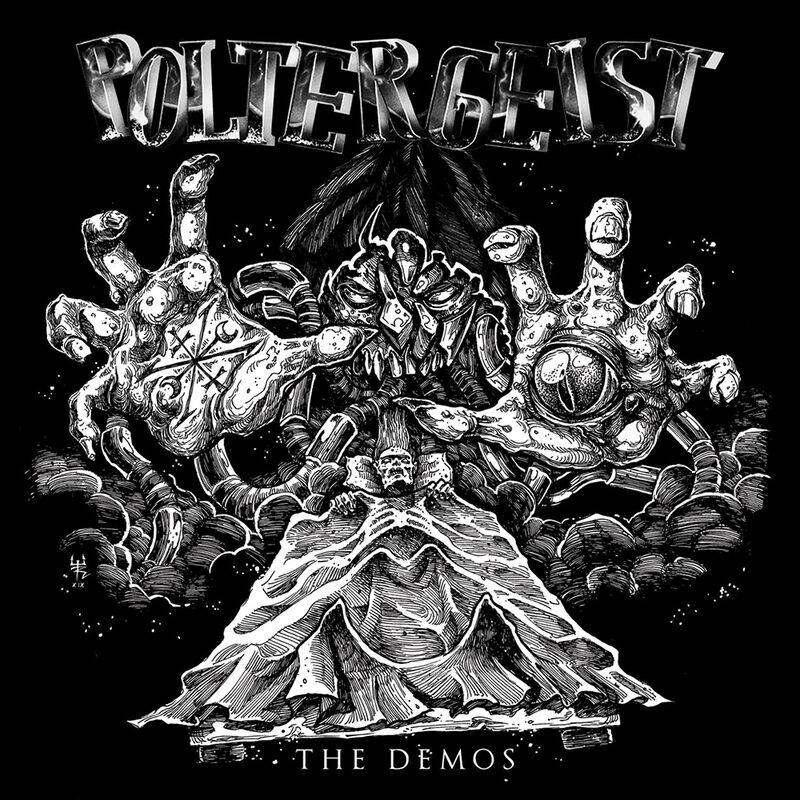 Once a long forgotten band who released some hidden gems in the 80’s and 90’s, Poltergeist reunited in the beginning of 2014. Their first show reunion was at the end of January on the 70,000 Tons of Metal cruise. They were the first band to play on the pool deck stage on the second day at 10:00am which was insanely early at the time, since just about everyone did not sleep until around 5:00am the night/morning before. They performed to a small but very dedicated crowd and the band was actually happy with the response they received considering how early they were playing. I felt absolutely privileged to be there for this underrated band’s set. They mentioned that they intended to move forward and have an album released sometime in the next couple of years. Since then, I had not seen or heard much from them. The great aspect about writing for a zine such as “VM-Underground” is that I get to learn about much of what I have missed over the years. I am amazed and utterly happy that this band was good to their word. Since last I saw them, I recently discovered that they have released two full length albums.

While I still have not heard their appropriately titled release “Return to Haunt,” from 2016, I was able to recently hear their 2020 release “Feather of Truth,” which actually turned out to be a better than decent offering from this great Swiss outfit. The album was not mind blowing, but was still a good offering for Poltergeist fans. Not only are Poltergeist back with new material, but they have released their old demos, which is fantastic for old and new fans. This is a collection of their first and second demos from 1987 and 1988. While I am not initially a fan of hearing old demos, because most sound like regurgitated crap, demos still serve a purpose. Honestly, these actually sound great, considering what they are. For those with ears weary from hearing recording that might sound overly professional, these demos sound like great 80’s Thrash Metal.

For those unfamiliar with the band, their style (especially on their second full length release, “Behind My Mask”) have almost Warrel Dane-ish sounding vocals. The music is somewhat technical, but the music at it’s core is pure thrash as none of these songs are outright musical masturbation. These songs are as simple and technical as they really need to be. Here on this fine collection, you can hear them in what many can consider as their purest form. Although I am a Poltergeist fan, I was skeptical to what their new material and even these demos would sound like, but this band has impressed me once again. No, this is not “the greatest Thrash Metal ever,” but this underrated band certainly deserves some recognition, not just for their first three original releases, but for also coming back with original material and sticking true to their sound for the most part.

I was actually surprised by how much I enjoyed hearing these older versions of already aged songs. For those looking for what the late 80s sounded like this band delivers. All seven of the old songs presented here are worth hearing in my opinion, but the ones that really stood out for me were “Shooting Star” and “Zita.” It was difficult to suppress myself yelling into the air “ZIIIITAAAAAAA!!!” Honestly, these demos hit me so well, I want to listen to the band’s entire discography from beginning to end. This release is highly recommended to those looking for Old School 80’s Thrash Metal. (Old Man Stares)