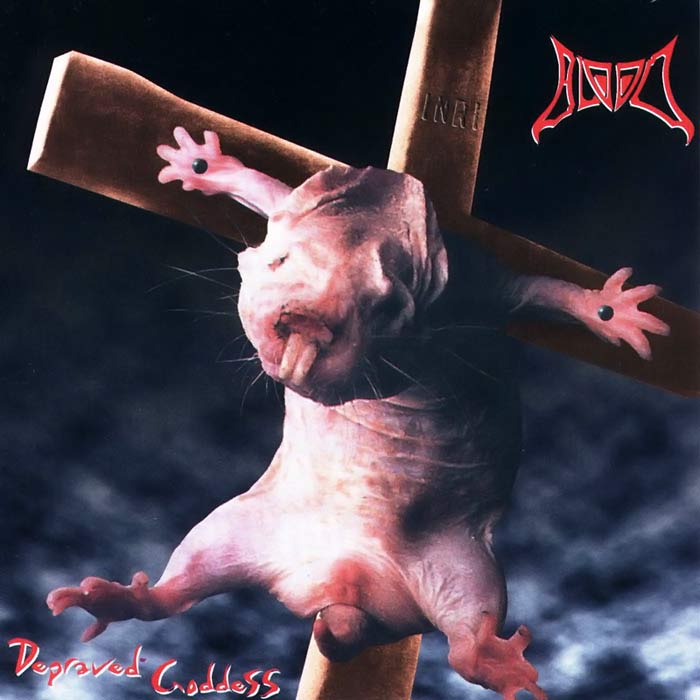 Starting off with some kind of German torture conversation, followed by Gregorian or Christian Church chants, the first real track ‘Roman Whores’ kicks of this grindcore album. The next track “Euthanasic Inclination” has a real Pungent Stench aura and I’m already blessed I may review this one!!

Instrumentally seen they hit the nails on Christ’s cross on this re-release. With an average track duration of 1 minute and some seconds I must say they were able to fit in as many musical components as possible. The guttural vocals are really sick and make a stand about what to expect from this album. Also sinister vocals are audible  in track ‘Bloody Season’ – comparable like used on Kataklysm’s album ‘Sorcery’ and blunt vocals in track ‘The God You Save’. The overruling drums in ‘Wage War’ has some old school death metal vibe in it and I go on and on with each and every track. Just image, I’m only at 1/3 from this album and my mouth is full of this one. Some midtempo pieces are audible, but they are blown away after some seconds with aggression and speed.

Bands as Napalm Death, Pungent Stench (the drum parts), Altar, Repulsion, Deicide, … comes to mind when listening to this album and it fits extremely well! No, this isn’t only a grind album, but a very great grind album where lots of other styles are combined. Oh yes, and the samples are the glazing on the cake. One word comes to mind: SICK!!! Not convinced? Check out ‘Wie Krieger Sterben’. (Fredde)