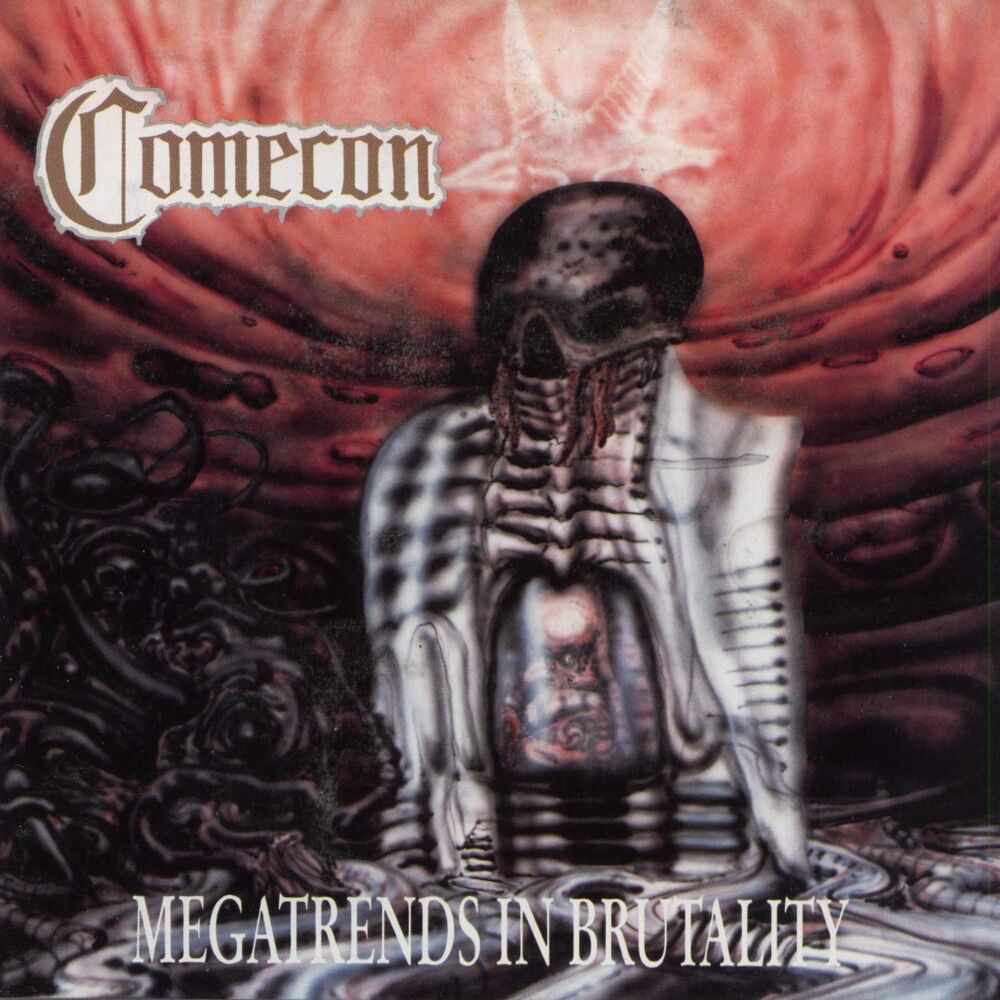 This review is about the debut album “Megatrends in Brutality”, but re-released end 2019 on Vic Records. First things first, vocalist of this band is L.G. Petrov, frontman these days of Entombed A.D. and Firespawn, accompanied by two members (Ekman and Ström) who both have the bands The Krixhjälters and Omnitron on their cv. For the drum parts they choose someone named Anders Green, but in fact it’s a drum computer…and if you have read any of my other reviews, you know that I’m not a fan of drum computers. It all sounds too clinical and flawless, so nope, I always try to avoid bands with such drummers hehe

Death metal – with yes, Thrash influences –  is what you’ll hear, the vocals are splendid and suck you into their fury, and the guitar riffs are well structured. The riffs also are very sharp and have enough melody in them to keep this album approachable. The entire album is heavy, has a nice Swedish sound and fits perfectly with the level of Death Metal releases in the beginning of the 90’s.. unfortunately not one track stands out on this release, they all reach the same quality, and that’s why this album isn’t seen as a true classic or even great album in my opinion.

Good album, but there it stops for me…and especially if you know that in that period a huge number of excellent albums were release. (Fredde)