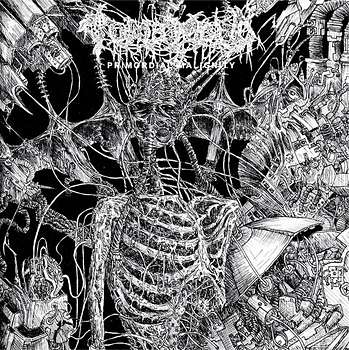 After delivering the two absolute best demos of the year (2016 – “The Bottomless Perdition” and “The Moulting”), expectations were (very) high when the announcement of a debut album was made by Blood Harvest. And the Canadian duo delivered!  “Primordial Malignity” is one of those short albums (little less than half an hour) that makes you want to raise a statue to the guy/girl who invented the repeat function on whatever player/format you use. And make sure you use that button instead of “play” each time the album finishes, or else you’ll soon ruin that one from overuse.  Throughout eight songs, each with its own share of filthy brutality, guitarist/bassist Derrick Vella and vocalist/drummer Max Klebanoff make sure their  experience playing together is not put to waste, with a combination of crushing bass and guitar rhythms and the occasional perfectly fitted guitar solo, the guttural vocals and the excruciating drumming! Don’t miss this! (Antonio)