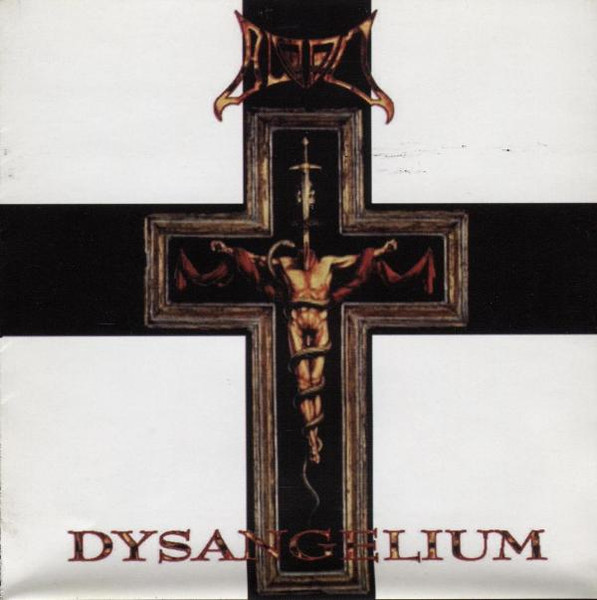 When talking about Blood, you are talking about German cult metal. I remember collecting all of their 7” EP during the late 90’s and early 00’s, digging through distros and mailing lists to snatch up that one EP I still needed. That started around 1999 or so when an older friend of mine gave me my first Blood 7” EP (‘Recognize Yourself’, 1990) along with Beherit’s ‘Dawn Of Satan’s Millennium’ and Benediction’s ‘Return To Eve’ 7” picture discs. It was of the many kickstarts of my collecting frenzy and interest in metal in general, I simply devoured anything that remotely sounded heavy. In the years that followed I further tried to complete the Blood 7” collection (with the last missing piece being added last year), yet my admiration for the band reached its peak when I finally got to see the band blasting its unrelenting blend of Death Metal and Grindcore on stage at the third edition of the Netherlands Deathfest 2018.

Though being a fan of the shorter released by these Germans, I always had a bit of a harder time digesting their full-length albums, with their first record, ‘Impulse To Destroy’, as the only real exception. Although many of their later albums are widely regarded as cult classics, I never really got into them as I did with their (old) 7” EP’s. Basically, ‘Dysangelium’, the bands’ seventh studio album from 2003, is no real exception. There is no real argument to say this album is necessarily bad, as it has all the right elements and trademark Blood ingredients: grinding and deathly riffs, barking vocals and decent song writing. It is just that it lacks the short power punches of the songs on the early singles and it definitely lacks that sheer energy that these guys showcased on stage. It is definitely a fun listen, but due to the rather one-dimensional character of the music the album, with its 21 songs and 40 minutes, is just a tad long. That one-dimensionalism is something that works perfectly with shorter releases, but it tends to wear off after hitting the 20 or so minute mark – so ideally, this album would’ve been cut in two and released separately.

Without wanting to diminish Blood’s importance and attractiveness, take anything away from the albums pummelling beauty or to sound downright rude, I still rather like to revisit some of their earlier recordings. Every once in a while, I love to grab a few of those 7” EP’s and sit down playing them for an hour or so. Still, I think it is a good thing that any of Blood’s recordings are being kept in print, as it is a band that is criminally overlooked.