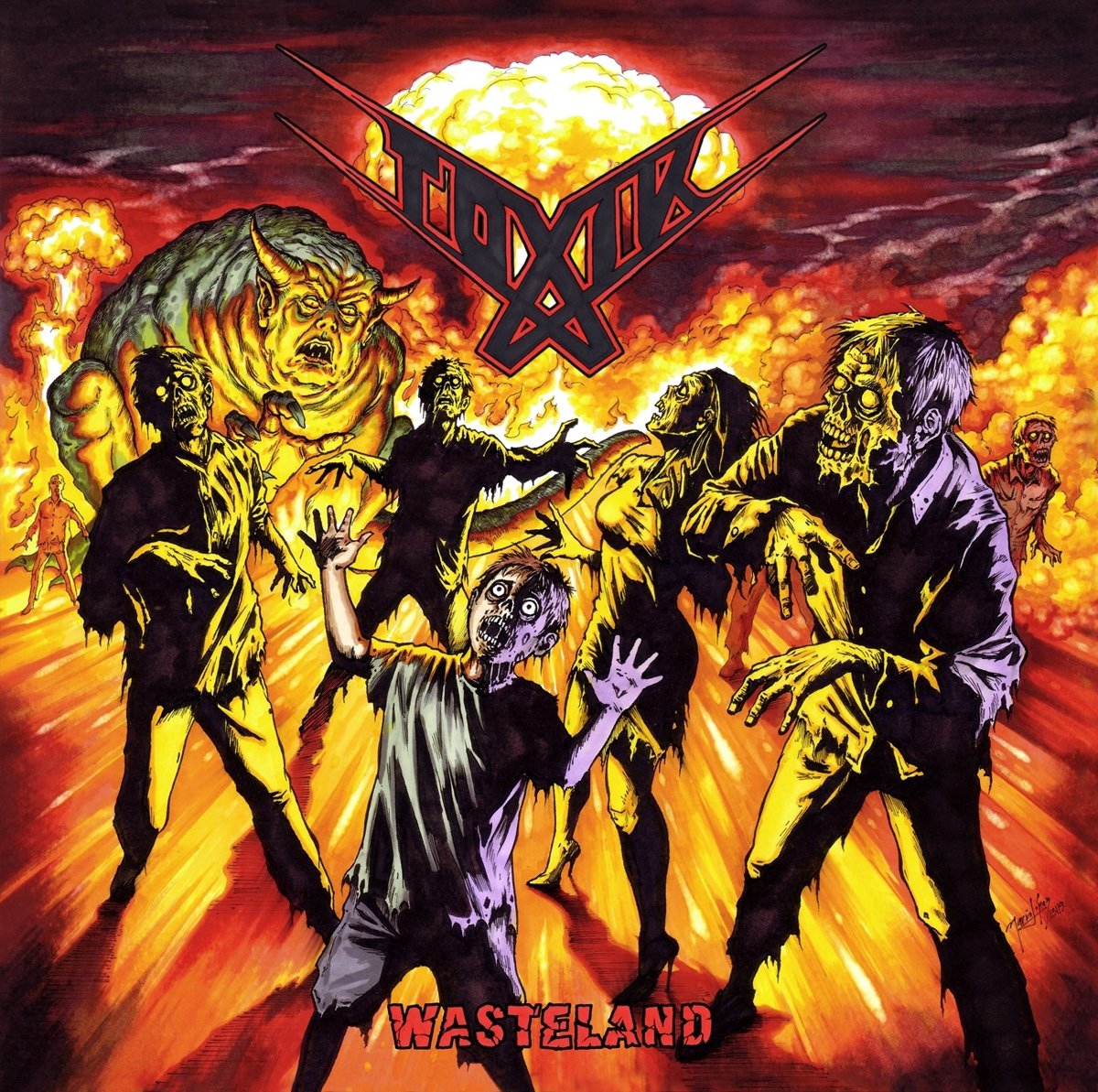 This quartet from New York have been in the scene when Thrash metal was thriving in the mid/late 80s and with a lineup involving Josh Christian wailing out of this world solos on guitars and Mike Sanders with his impressive vocal range was just a power house of talent. Toxik holds a special place in my little heart for being some of the most humbled, generous beings I’ve been fortunate to come across in the metal community.

With two well known LPs on their belt “World Circus” and “Think This,” their 2019 rerelease of 1986’s demo “Wasteland” features a re-mastered version of their 1986 demo titled “Wasteland” while also adding three unreleased tracks (that keep in mind were recorded that same year.) The first five tracks were those featured on their first LP “World Circus” but cutting into the last three tracks; you have to appreciate the recording considering these gems have been preserved since the 80s; it’s not the best but we can make an exception every now and then, right? “Straight Razor” is pure, raw, head banging goodness, with Sanders delivering the powerful high pitches and Christian fucking laying it down with the solo. UNF! “Finer Points of Tragedy” would sound way better if the drums were more polished in production, and maybe hear more of Brian Bonini on bass. For the last bonus track , an instrumental “Lost World” is a nice way to round out the cult classic band’s potential for creating that late 80s Thrash sound.

These guys deserve more recognition then they get since “World Circus” and “Think This” always gets mentioned from the underground scene. Would have loved to see what other albums they could have had in store if the timing was right. But maybe things pan out for the better and luckily (with 3/4 new lineup) still performing. Cheers to this underground Thrash gem. (Tori Belle)