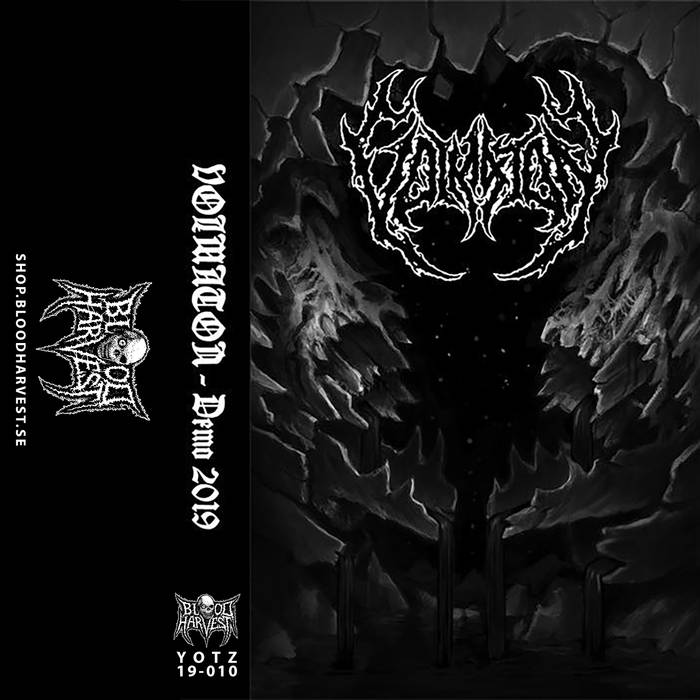 Pungent, flesh-rotting and crunchy Death/Doom resonance are inborn inclination of all the individuals who consider themselves as Death Metal maniacs. And when it is done in the orthodox OSDM way, it deserves to be admired.  Voimaton is a Death-doom metal trio based on Chicago, United States that was formed in 2018 and only has a three-song demo album under its belt which was released this year. This new offering attained its compositional influences from all the quintessential names from the golden era of Death Metal, but the essence of bands like Cianide and Asphyx are highly conspicuous throughout the tracks.

The songs were processed in a solid, powerfully crushing and gnarly technique. Loved how they kept a ghastly putrid ambience amidst the tracks. There are some segments of the songs that are extra doomish, the more the tempo decelerates down the more a dark armageddon awaits. Guitar riffages are rugged, vocal approach is on point, bass notes are blistering and the drumwork is lurid- overall, it’s a comprehensive bundle of an ominous Death/Doom record. The production could be a questionable feature if it was not a demo. Since it’s not a proper release i.e. EP or full-length, the rawness of the sound standard functions strongly to maintain its grisliness. Give this heinous record a spin to be your own critic whether it is worthy being appreciated or not, and chances are high you won’t be unpleased. (Osmani)