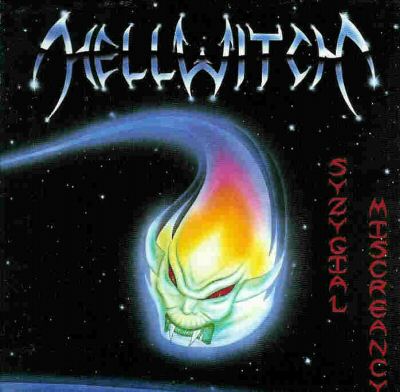 Originally released in 1990 through Wild Rags and currently re-released through Vic Records, Hellwitch`s “Syzygial Miscreancy” should be known by every Thrash and Death Metal maniac around the globe. The mixture of Dark Angel, Morbid Angel, first Deicide and other bands alike, these guys helped a lot bringing Death Metal to the state it became in the early nineties (as far as I can say). Tremolo picking, back beats, blast beats, maniacal vocals, twisted riffing, all there. Complex song structures and pure fury unleashed in a short playing time. The newest re-release futures an entire live recording as bonus tracks for your enjoyment. If you still don`t have this in your collection it`s about time. (DPF)