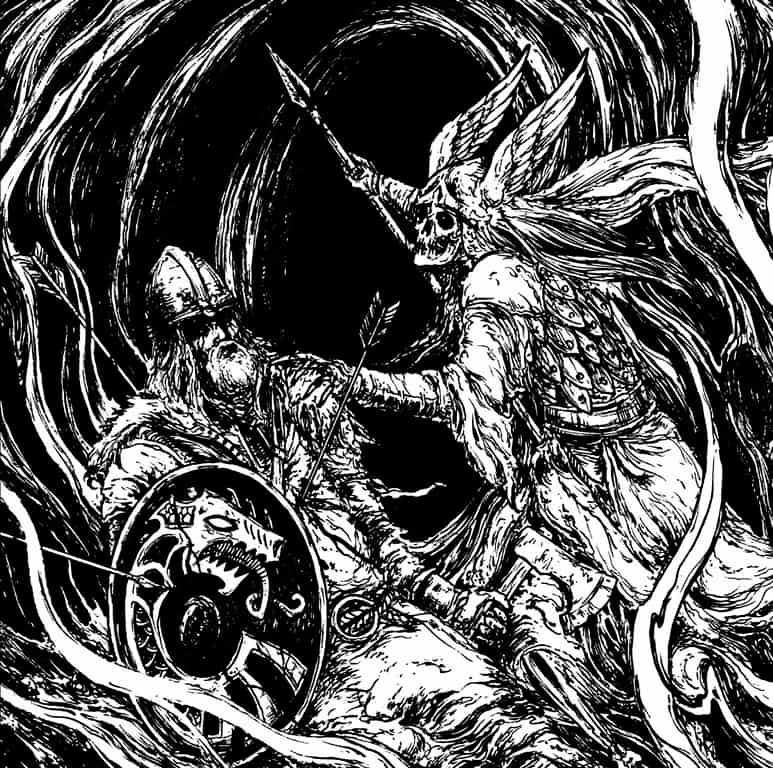 One thing is certain: Nightwolf still has a massive love and gratefulness for 90s Black Metal, especially Bathory’s Viking era, I dare say. An acoustic piece greets the listener into the hall… eerie, majestic, stately. As I stated, when previously reviewing Runespell’s work, I have always felt connect to this side of Black Meta, the one in which you can almost feel ancient signs of medieval existence. Castles and stories about brave knights, and how that theme, alongside the aesthetic, has always been present in Black Metal since its birth in the 90s.

Be it Norway or Poland, and now Australia, Music is global and global it will always be. And music, and specifically “Voice of Opprobrium”, what can we expect from Runespell’s 2019 offering? Well, Bathory is still here, and the Polish Folk/Pagan Black Metal sound is as well so, those that cherished Nightwolf’s prior album, will certainly enjoy this one. I sense less Cascadian influences in this one, which gives it a better end result, in my opinion, it makes it sound much stronger and full! There has been, in my modest opinion, a growth, from “Order of Vengeance” to this one, “Voices of Opprobrium”, a sort of musical evolution and maturing. “Firmament in Blood”, “Wraithwoods” and “Ascendant”, 3 moments that extract the Viking out of you… AMAZING!