Abythic – Eden Of The Doomed [EP] 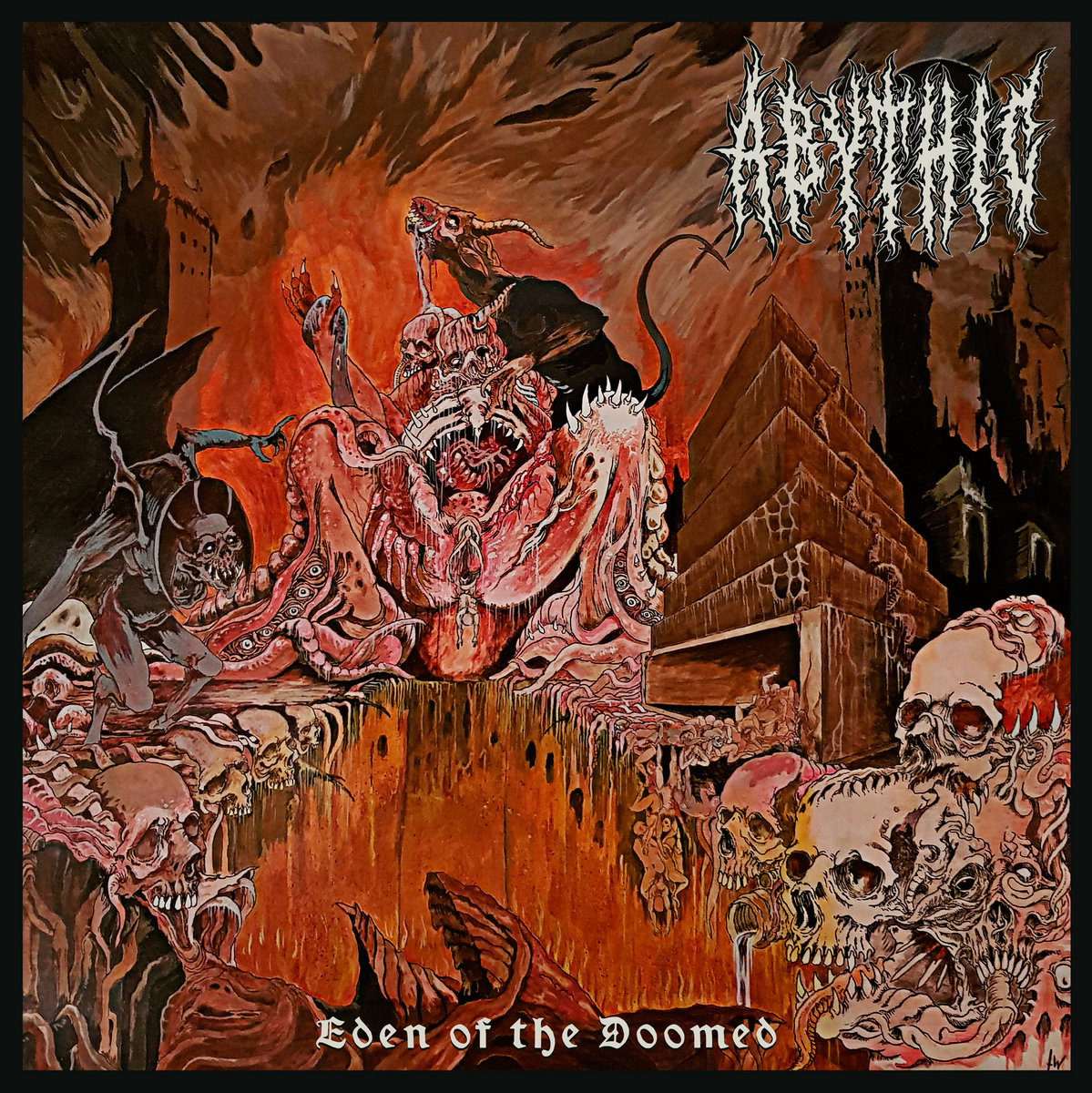 Abythic’s three albums have all been released by a different label, and certainly not the least. In chronological order, Blood Harvest Records, Xtreem Music and Iron Bonehead Productions were responsible for unleashing this German Death Metal on mankind. In case you never heard of Abythic before, the collaboration with these three labels may already give you a hint of the quality on offer. This new 12″ EP (also released on CD) is a good first step to get acquainted with them.

This trio’s music is just as ugly as their artwork. Clunky, heavy, slow Death Metal with a primal conservative sound emphasising groove and a creepy atmosphere. Where a lot of this kind of Death Metal starts to get a bit boring after a while, Abythic provides just enough dynamics on this ‘Eden Of The Doomed’ not to reach this point. Occasionally, the band slows down even more to a sluggish Doom pace, but manages to keep the attention with a tastefully placed acceleration. Of course, this is not ground breaking, it can best be compared to a mix between Autopsy, Bolt Thrower, Cianide and Incantation. Riff-heavy and with a good sense of nastiness. That this EP tastes so good also has to do with its length, this 3-track EP clocks in well under 20 minutes and complements its lethality and attractiveness. Despite the full-lengths certainly not being overly long, this works better for me. What also works better is the wonderfully muddy sound of this EP. On the previous album, ‘Dominion Of The Wicked’ (2021), a first step had already been taken in this respect and sounded much less typically Swedish than its predecessor (‘Conjuring The Obscure’, (2019)). Moreover, on ‘Dominion Of The Wicked’, the band seemed to have taken a different musical path, here the emphasis was so much on the doomy side that it even leaned a bit towards Funeral Doom. Those aspirations seemed to have already been abandoned with ‘Eden Of The Doomed’ though – a good decision as far as I’m concerned since that album did not appeal to me very much.

Anyone looking for the newest, grittiest and most cavernous Death Metal should look further, but if you prefer your Death Metal gory and Old School where tightness is less important than a good groove, then Abythic is the right choice for you. (FelixS)