Verbum – Exhortation to the Impure 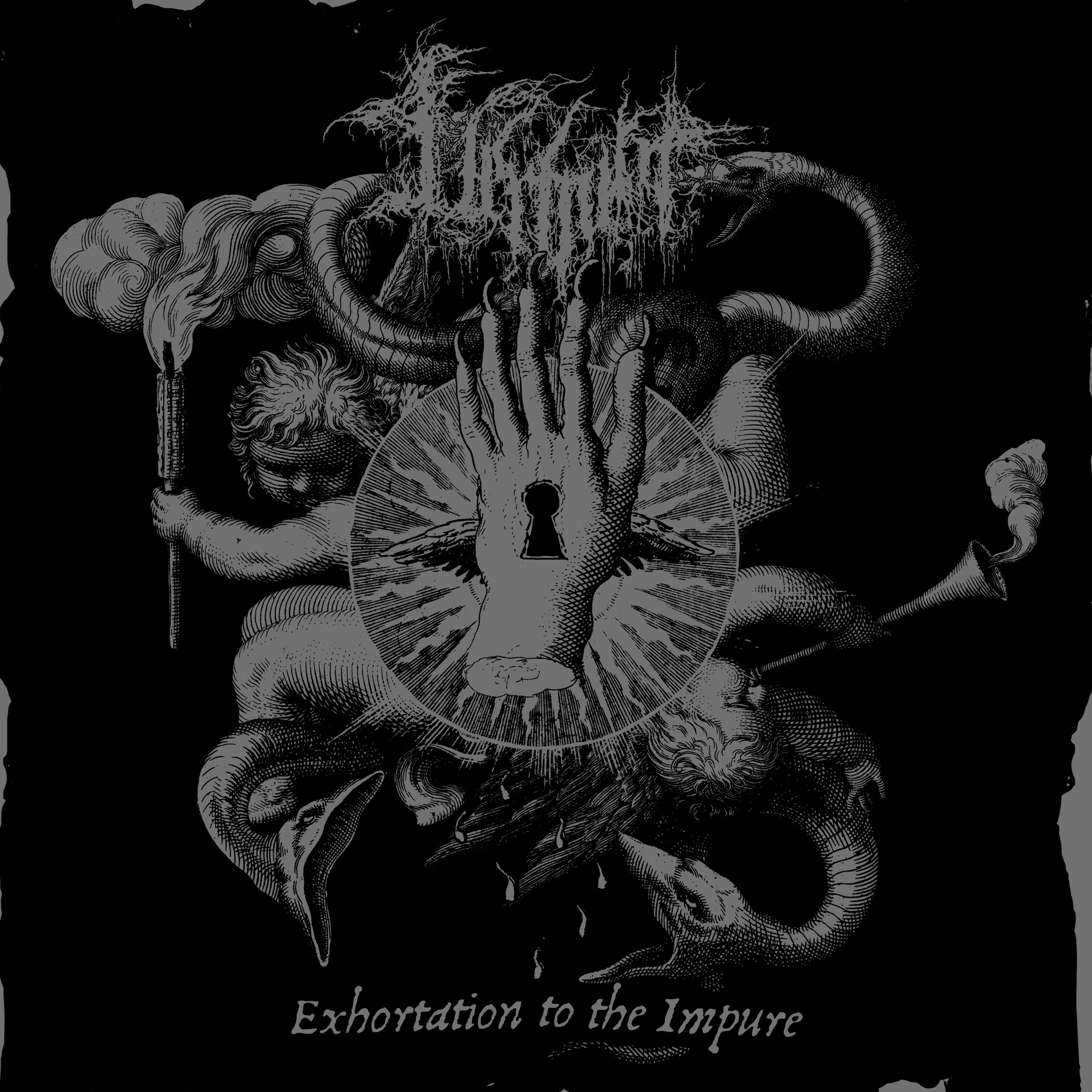 Iron Bonehead Productions sure do like them some Chilean Extreme Metal, and their recent offerings have been a little hit and miss in this humble reviewers opinion. However, Verbum and their debut album ‘Exhortation to the Impure’ certainly head more in the direction of hit than they do miss. Originally from the Chilean capital Santiago, Verbum has since partially relocated to the Lithuanian equivalent Vilnius, and their debut full length offering comes a full eight years since the bands inception, and a whole six years since their only other release to date, an EP entitled ‘Processio Flagellates’. (Released through both Living Temple Records and Penitenziagite Records)

I won’t lie, I’ve reviewed some uninspiring dross over the last few days so to finally get to write about a band who understand how to structure an album as well as produce brutal, ominous sounding Black/Doom/Death Metal is a most welcome change. Featuring six main tracks with an intro and outro at either side, ‘Exhortation to the Impure’ has a symmetry to it that an OCD freak like me can really relate to. Musically, Verbum feel like a band who have taken their time over this release and the oppressive atmosphere they create is testament to their extensive process.

Sinister, almost mocking vocal growls sound out through a thick impenetrable gloom, whilst slightly lo-fi muffled drum tones either sound out in sparse bursts of aggression or full frontal assault. A real sense of nihilism can be felt from the guitar leads, whose bleak, depressive tones move forward at a steady, predatory tempo whilst weaving a darkness enshrined tapestry for all to cloak themselves in. ‘Exhortation to the Impure’ is an emotionally crushing opus, heavy in both mood and in physical musical dominance.

After the uninspired crap I’ve had to endure over the last few days, ‘Exhortation to the Impure’ comes as a very welcome relief. (Marksson)