Abythic – Dominion of the Wicked 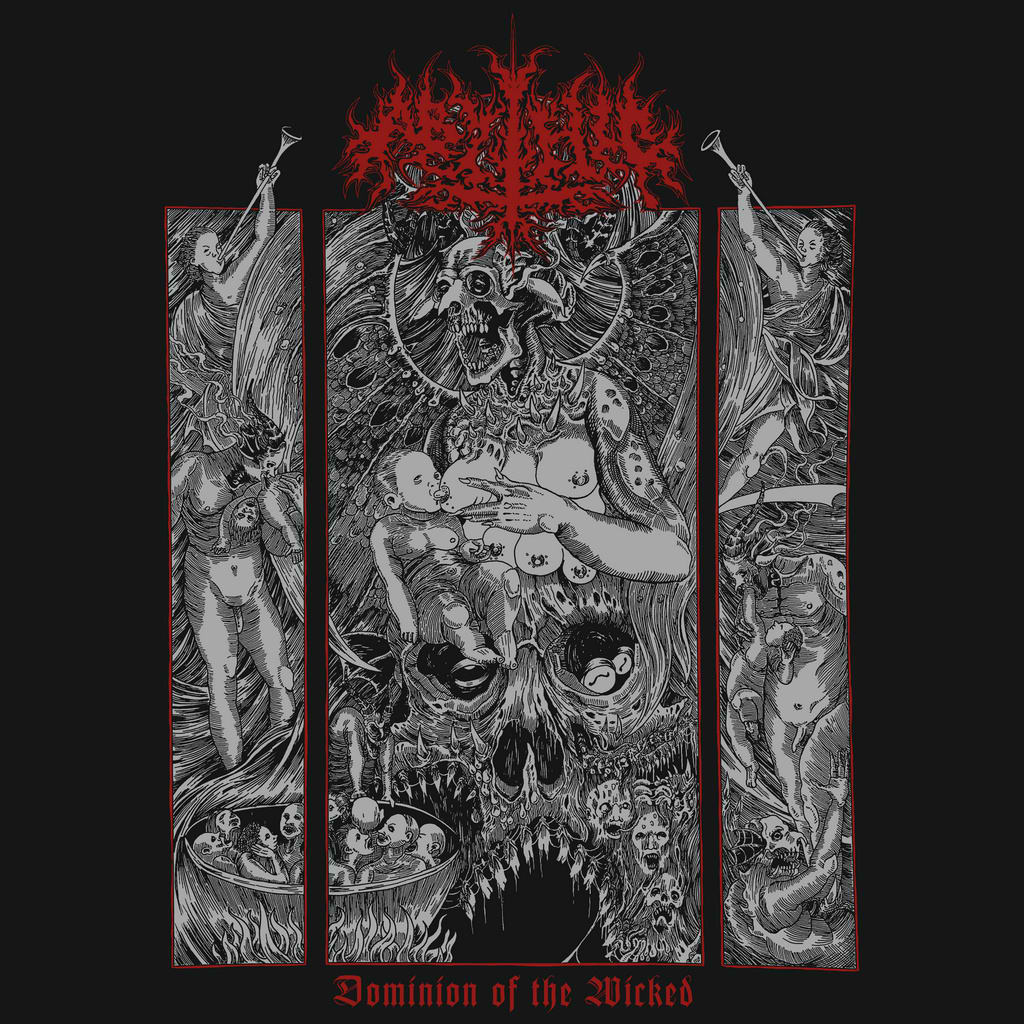 German Death Metallers Abythic, has made their latest album “Dominion of the Wicked” available via Iron Bonehead Productions. After “Beneath Ancient Portals” (2018) and “Conjuring the Obscure” (2019), it is the third album by the trio from North Rhine-Westphalia.

Abythic have never actually played the fastest Death Metal and their first two albums were characterized by mid-tempo and sluggish numbers. Now the men from North Rhine-Westphalia are back again with a third full length in four years.

This new record may raise eyebrows before the start, because it comes with only four tracks that covering close to 35 minutes of playing time. Is this an experiment of the modern era! or just defying the standards of what we used to consider as a full-length! Now, as the record rolls on, the very long beginning of “At the Threshold of Obscurity”, starts with an intro that is almost like a dark and dreaded version of “Season In the Abyss”.

Also, the initiation of “The Call” comes like a downward spiral of Jeff Hanneman sound, that epitomizes the legacy Slayer transmitted among the generations. “Endless Tides” built with more atmospheric passages and the last track on the album “Augury of the Doomed”, can be mentioned as the sickest track of all. The speed doesn’t exist in it and an aura of darkness covers it from beginning to end, spiced up by a sinister keyboard that gives it funereal vibes. The fact that there is no high-speed break-in behind “Dominion Of The Wicked”, can be heard from the first second of the pleading. The slow guitars in connection with the sometimes putrid and mangy vocals that aided the constant rhythmic drumming, create an atmosphere that does not allow a grin and conveys anxiety, darkness, and malevolence.

Altogether, in “Dominion Of The Wicked” the Germans follow some common trends in the metal scene, which may reflect as a rather interchangeable album to a Brutal Death Metal or Old School Death Metal maniacs and traditionalists. Surely it does not have musical complexity but make no mistake, you will be encountering a malevolent combination of Death and Doom. So, followers of Bolt Thrower, Autopsy, and Blood Incantation, might find a treasure within and start following Abythic next outputs. (Rocky Ghosh)