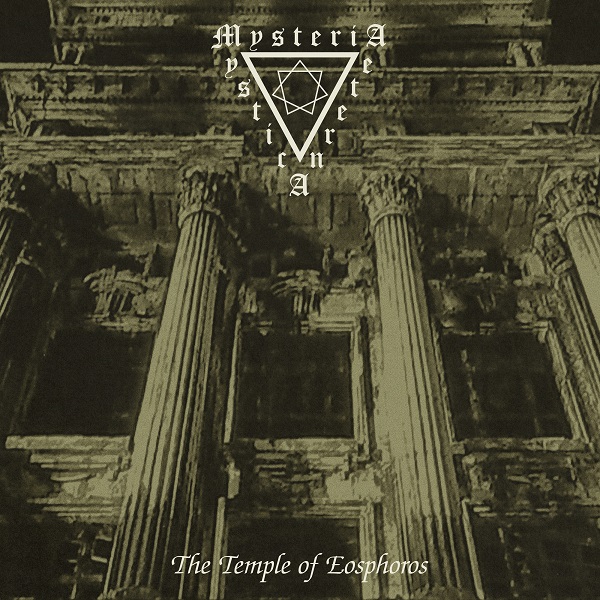 Next month will see the release of German Black Metal band Mysteria Mystica Aeterna’s sophomoric album ‘The Temple of Eosphoros’ on CD through Iron Bonehead Productions. There are so many adjectives used to describe Black Metal and the majority of them focus on the negative connotations, even when giving praise. Whilst listening to ‘The Temple of Eosphoros’ I was lulled into a relaxed state and thought to myself how nice this album was, how calming and warm it made me feel despite Mysteria Mystica Aeterna’s musical output being for the most part, fast paced Black Metal. What does it is the highly melodic nature of the bands style. Yes, in places the guitar leads are a furious rampaging torrent of orthodox Black Metal, backed by solid, sometimes flamboyant drumming, and topped off with evil, snarling vocals. It’s the synth work though, the intriguing harmonies that in places seem to lead the album rather than blend into the background. They sound utterly majestic and yet subtle and peaceful at the same time, even though all around it surges evil incarnate. This juxtaposition of style and sound lasts for the whole album and makes for truly compelling listening. As an album it absolutely flies by and I have loved every one of its thirty five minutes. I’m not sure the band will appreciate being referred to as nice and calming, but maybe I’m just relaxed by good music no matter how savage it can be. I know that I’ll be wandering of to find their first album though, whilst you all devour this. (Luke Hayhurst)