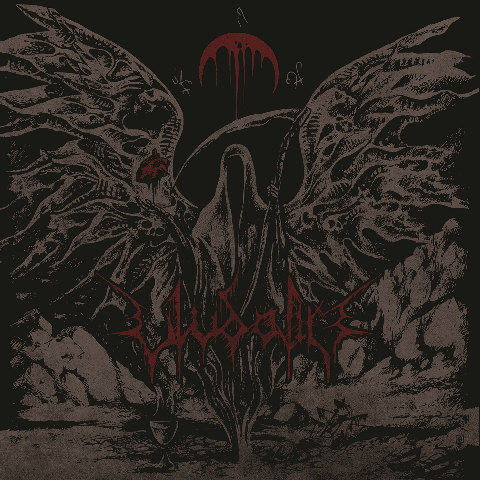 Originating from St. Petersburg, Russia, Ulvdalir belong to the inner circle of Russia’s True Ingrian Black Metal Death (alongside excellent labelmates Khashm with whom Ulvdalir share two members) and play second wave black/death metal that sounds almost as Scandinavian as their moniker. This mysterious trio have released three full-lengths, numerous EP’s and splits since their inception back in 2001 to varying degrees of success, with their latest album “Of Death Eternal” being by far their most accomplished.

Just how far this band have come since their last full-length (which is also excellent) “Cold Breath of Apocalypse” cannot be understated; the song writing is more controlled and varied, their sound more unique and the musicianship so much more focused and coherent.  Gone are the overtly obvious Shining and Carpathian Forest references with Ulvdalir instead going for an altogether faster, more involved approach with long songs that clock in at eight-minutes plus. On first listen “Of Death Eternal” can feel a little claustrophobic and overwhelming – such is the depth of material on offer here – but bear with it because repeated spins reveal all the little intricacies and clever layering that really make these eight songs (including intro/outro) so enthralling. “Awakening” is the perfect opener with excellent trem-picked riffs, blast beats and a brilliantly grim vocal performance; “Black Flame of Will” literally pulses with a sense of drama and tension that is genuinely shit-your-pants-scary, while “Swords of Belial” and “Birth of the Beast” wreak havoc on the senses with some superb riffs and haunting atmospheres.

All that said, although this album marks massive improvements in all areas when compared to their previous releases I feel there is still some way to go before the band maximise their full potential.  Some songs do tend to meander for a tad too long, losing their potency in the process which is a shame because there are so many truly excellent moments throughout this release. Iron out these relatively small creases and we will have one hell of contender for the Russian black metal throne.  (DaveW)