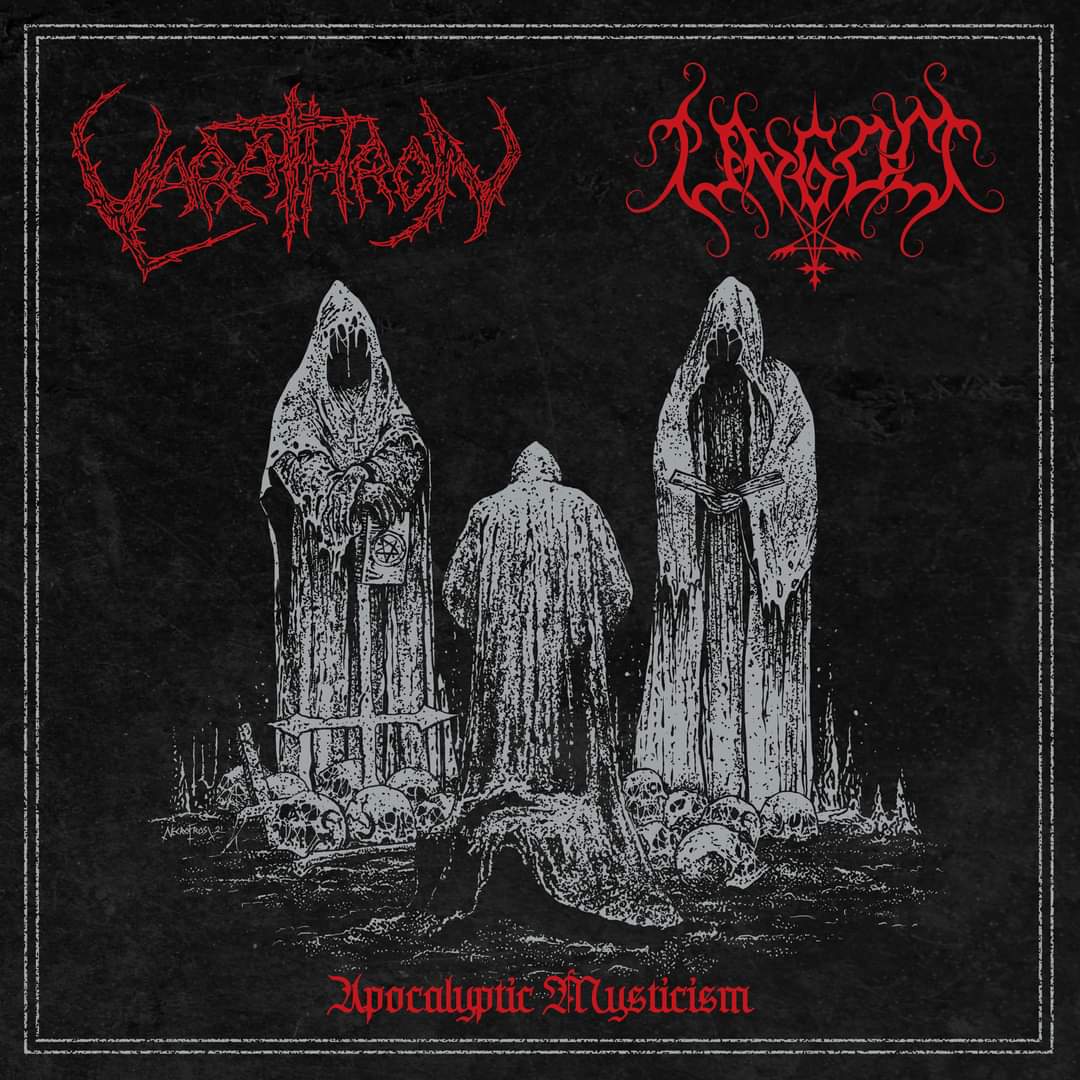 Both Greek Varathron and German Ungod have been around for over three decades in the Black Metal scene and each of them have a rich history gaining them a certain cult status. Anno 2022 they pull together to fill this 7″ EP with previously unheard songs.

Varathron opens the EP with ‘The Mystic Papyros’, a song that dates back to 1993 but has never been released before. It was re-recorded in 2015 and 2016, making it a good mix between the ‘old’ Varathron with the signature barking Stefan Necroabyssious and the more melodic path the band has taken in recent years where the emphasis is a bit more on Mediterranean influences/melodies. It can be heard that this is not a studio album recording, that does detract a bit from the potential of the song, but may not bother the true Varathron fan.

On the other side, we have Ungod. A band that, to my mind, has only just returned, but has actually been back on the road since 2008 and has already released more in this second coming than during their first period in the 90’s. Ungod has quite a different approach on Black Metal than Varathron, it is more straight-forward and in the classic vein of the German and Eastern European Black Metal scene. After their last album, ‘Bewitched By Sins And Lust’ (2016, Final Gate Records), Ungod has become quieter again and it may not quite be ‘Circle Of The Seven Infernal Pacts’ (1993/1994, Heretic Supremacist Brotherhood Records/Merciless Records), but it is still always good to hear from them again.

Both bands do a fine job and the whole thing is nicely done, but two songs is perhaps a somewhat poor yield in the light of today’s skyrocketing vinyl prices. Regardless of whatever economical consideration, musically this is quite a solid piece of Black Metal. (FelixS)