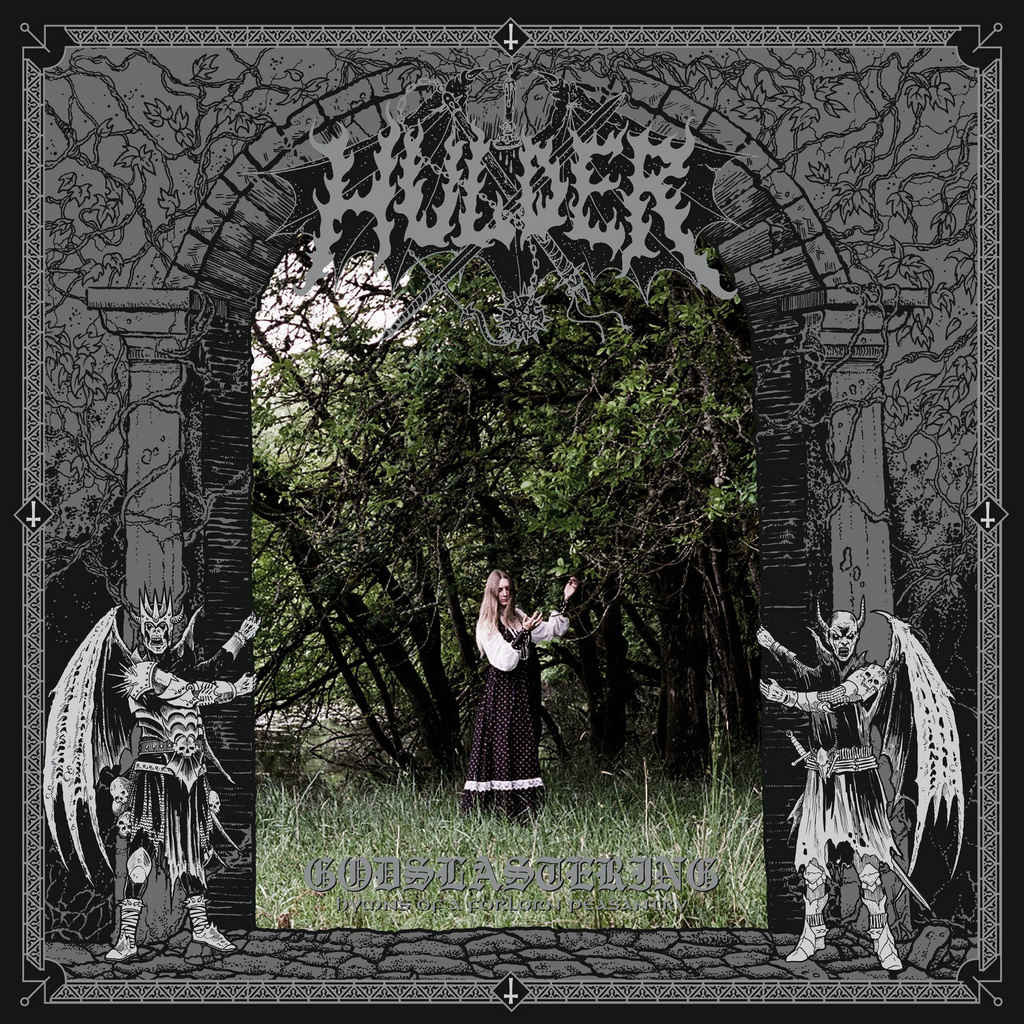 Following the underground Black Metal scene can be bittersweet. Sure, there’s an abundance of riches to be had, but that comes at a time-consuming price. Hours can be spent sifting through the endless digital pile and backlogs of demos and EPs that seemingly crop up as if from nowhere on a near-daily basis (if you must, insert the expected “Black Metal Void” joke here). And while there’s certainly some good (even excellent) music to be had, there’s also a whole lot of bad that tips the ratio unfavorably. In theory, it can be quite masochistic, because nothing hurts more than turning up dud after dud after dud while you slowly begin to realize that your ears are literally bleeding from the pain, disappointment and sheer exhaustion.

So, when an artist comes along with a string of stellar (and sold out) demos, promos and EPs, the inevitable hype begins to grow. And that’s exactly what happened with Hulder. The one-woman Black Metal project clearly had humble beginnings that soon found itself in the eye of countless fans and critics, all wondering if she’ll be able to pull off that darkened brand of magic on a full-length. Well, very soon the world will see that Hulder and her debut album, “Godslatering: Hymns of a Forlon Peasantry,” not only meet but succeed these expectations with a furious gracefulness that’ll easily make it the first big hit of next year.

Set for release towards the tail end of Janurary, 2021, “Godslatering” brings all the goods one was hoping for from a Hulder release. Incandescent howling can be heard over a whirlwind of guitar and drums that harken back to the fabled second wave of Black Metal. Cue the occasional synth and boy howdy, I’m more than sold. The stripped-down production helps to create that raw feeling that so many die hards clamor for. The use of synth here really helps kick it up a notch in my eyes, making it at once familiar yet ultimately singular.

And, with that being said, I’m ending this review here. Too much hype can hamper one’s expectations and I think this album is served best by going in as blind as possible. Hulder has already made a name for herself, and “Godslatering: Hymns of a Forlorn Peasantry” helps to further solidify her place in an overcrowded scene. I believe she’ll go on to do great things and this debut just helps to prove my case. Here’s to whatever she brings next. (Sam Cooper)