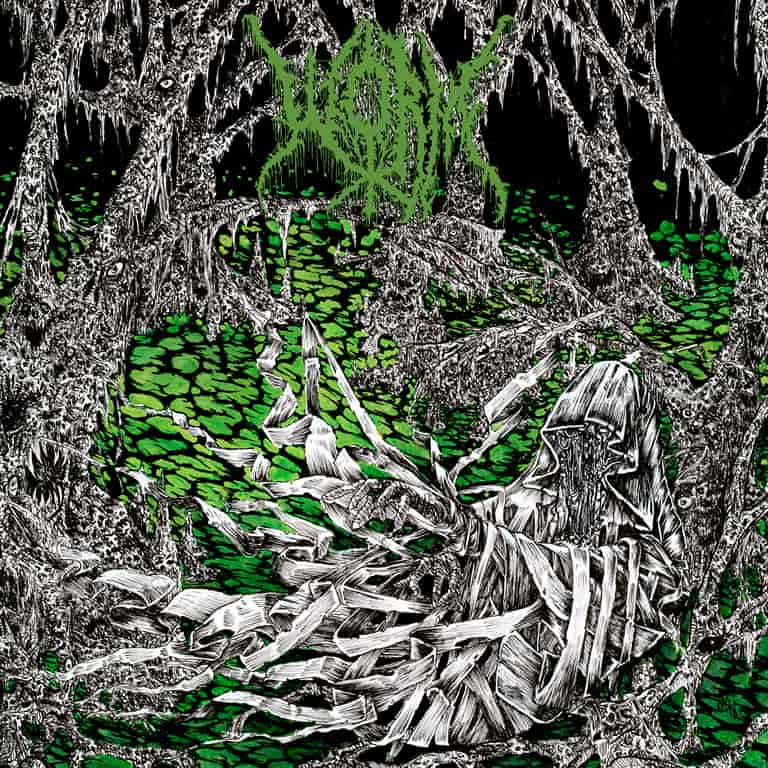 Worm is a strange beast… Usually when bands evolve this significantly, even maintaining the same members, they change names. You see, Worm had released two demos and a full-length prior to “Gloomlord”. Their previous full-length, “Evocation of the Black Marsh” is a great example of Black Metal; the tremolo riffs are fierce and ice cold, and the shrieks are shrill and ear-piercing, which is a successful recipe for the genre. Why change it, why go for something different when you struck gold? Who the hell knows, but thank fuck they did because this is such a huge leap forward. Where their previous LP relied heavily on excellent execution of genre standards, “Gloomlord” adds in the same endearing respect for Death/Doom; instead of dialing back the Black Metal they dropped an atomic bomb of low-end Death/Doom in the middle, dragging us through their sickened swamp of vile dreary atmosphere.

Worm has carved out a section of the musical scene most recently occupied by Spectral Voice, yet also reminding me of the likes of Mizmor with their deep mournfulness. “Gloomlord” is an emotional album that doesn’t sacrifice the venom; hitting you with both the pain inside your head and inside your body. I haven’t felt as genuine a reaction to an album since I discovered Swallowed’s “Lunarterial”; they both struck a chord within me as well as finding the delicate balance between external and internal horror. It isn’t often that I have such a deep and purely emotional reaction to an album, which is an absolute credit to the strong atmosphere and incredible song-writing.

“Gloomlord”’s strength is the mournful tone that is rarely broken, so rarely in fact that the moments of “happier” music take you by complete surprise; most of these segments are purely in the guitars, whether it is a lofty solo, or simply a less mournful riff taking the stage. This is the first perfect album of 2020, as every second of it is not wasted; though the songs are long, they pass in mere moments and are all endlessly repeatable. I’d both love for Worm to release music under this style forever, as well as to see what they would evolve into next. There is a reason this tape sold out so fast, and it is past time you found out why.