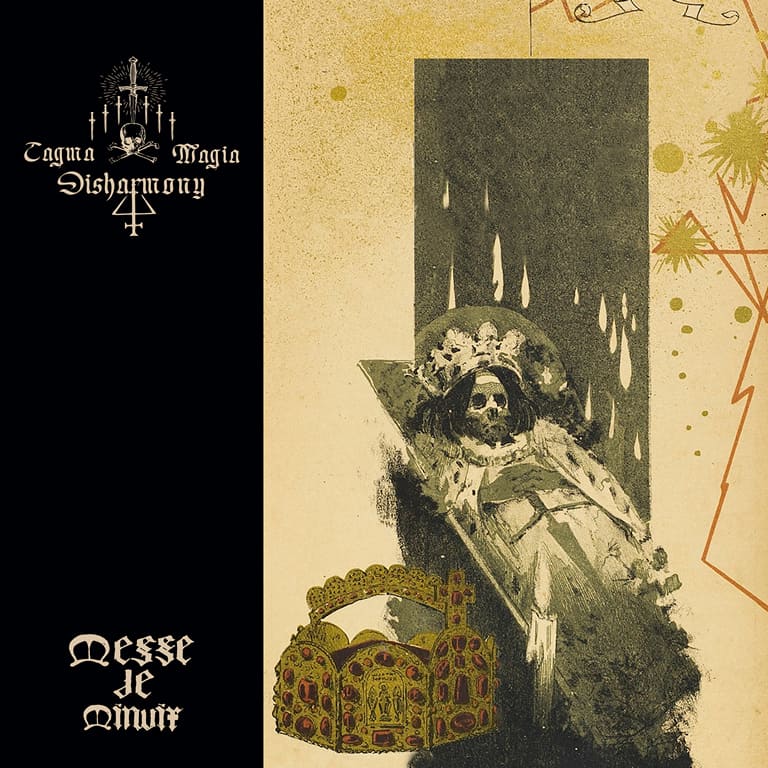 Extreme Metal from Greece in which elements of the unholy Hellenic Black Metal are embedded. Well, you got my interest at least! Disharmony from Greece are no rookies as this magical order was active in the years 1990-1995. This period of time got musically documented on 4 releases; 3 demos and an EP called “The Gate of Deeper Sleep”, which were all combined by Iron Bonehead Productions on one compilation.

Kapala King V resurrected the cult with members who gained their experience thanks to acts like Caedes Cruenta, Ithaqua, Kawir, Embrace of Thorns and Thou Art Lord and not long after that Iron Bonehead released the debut full-length “Goddamn the Sun” in 2017. There was still some musical inspiration left because this EP is recorded in 2017 as well.

Although the core is non debatable as it is the 1990s Greek Black Metal sound and approach, it does differ a bit as it has less up-tempo parts and more melancholic almost melodic Doom / Death Metal in the song writing. The balance is more towards “King of a Stellar War” than “The Sign of Evil Existence” to give you a direction, without saying the songs are a replica. The tape version of “Messe de minuit” lacks one track and lasts for almost 18 minutes, the CD and vinyl version has a closing track called “Midnight Mass” which is actually a satanic ritual of 22 minutes held by Kapala King V.

Personally I could do without the 22 minutes mass, but the remaining tracks are more than decent and although all the others members have left Kapala King V and Disharmony already, I do hope he find good replacements and continue the path. (Ricardo)