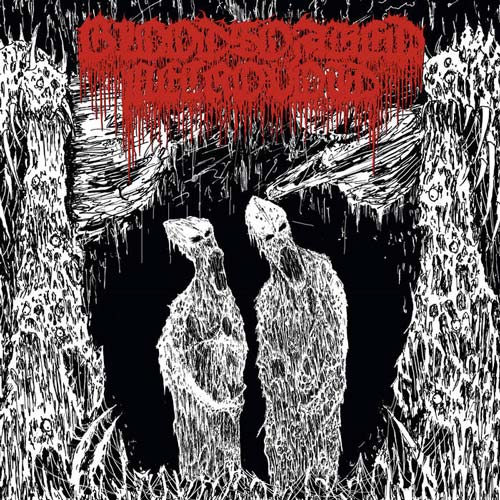 Ever get that anxious feeling that something is wrong? No matter how hard you think, you just can’t put your finger on it. After awhile that feeling starts to haunt you. You know the feeling, right? Now try to describe it with music.

Bloodsoaked Necrovoid are an absolutely mouthfully named band from Costa Rica, who play an existentially terrifying combination of Death Metal and Doom and they know exactly how that feeling sounds. A very young band, since they have only been in existence for a year, they have already released two demos in 2018 (which have been combined into a compilation that has been released in February this year).

Hints of slow moving melody snowball into tumultuous atmosphere, which becomes dark and oppressive. Droning guitars are combined with chugging bass (the sound of which has improved a lot from “Demo I” to “Demo II”) and the whole thing is made even more nightmarish with the cavernous vocals. The whole compilation will give you an idea how brutal anxiety can be (if you’re not familiar with it). Think of Spectral Voices “Eroded Corridors of Unbeing” to the tenth power and you’ll get the idea. (Black Mary)