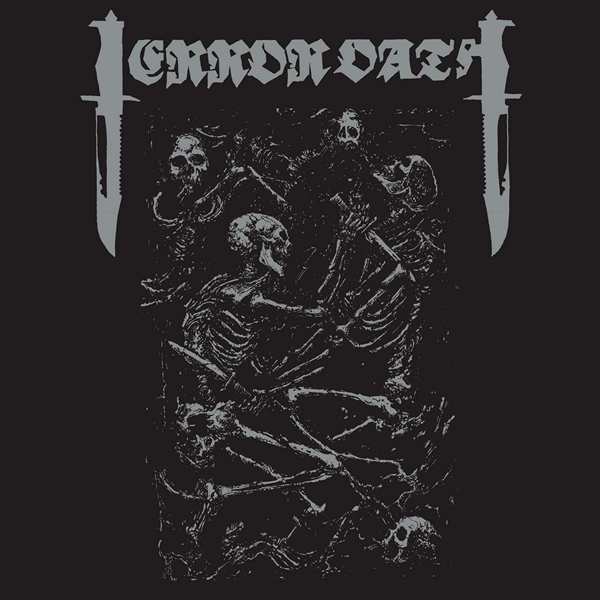 Have you ever been chained and thrust into a sprawling fall down into a black endless abyss while spirits fly around your limp body? No? Well do not feel left out because this record will give you this exact experience.

Terror Oath comes through with a brutal mix of reverb-soaked Death Metal instrumentation, harsh Black Metal style vocals that loom behind the instrumental madness, and a little bit of extra influence coming from Thrash and War Metal. This release is three chaotic tracks that do not let up, moving from one black death hellscape to the next. Terror Oath does atmosphere and brutality very well, but that may be the extent of their individuality and prowess on this release. Despite the incredible feeling of abyss-falling, black-underworld death and chaos that this release gives off, there isn’t much else as far as stand-out moments or unique ideas added in. The production style, guitar tone, and general style of playing feels similar to many of the modern Death Metal acts out there making echo-y, reverbed out, and Incantation inspired Death Metal. Now, with that, I need to make it clear that Terror Oath is not one of these bands per say, they just take a lot of influence from this style of Death Metal. While they may sound similar to some of these bands, Terror Oath adds in eerie, thrash-inspired mini-guitar solos, and at some points they include low gurgling vocals tracked alongside high vocals, creating a War Wetal inspired feel. These small add-ins help to make Terror Oath their own entity, but overall their influences cannot be ignored.

To conclude, if you are a lover of brutal, chaotic, and aggressive blackened-Death Metal, this is a must listen. Take a fall into the endless abyss that is this release. (NoahC)