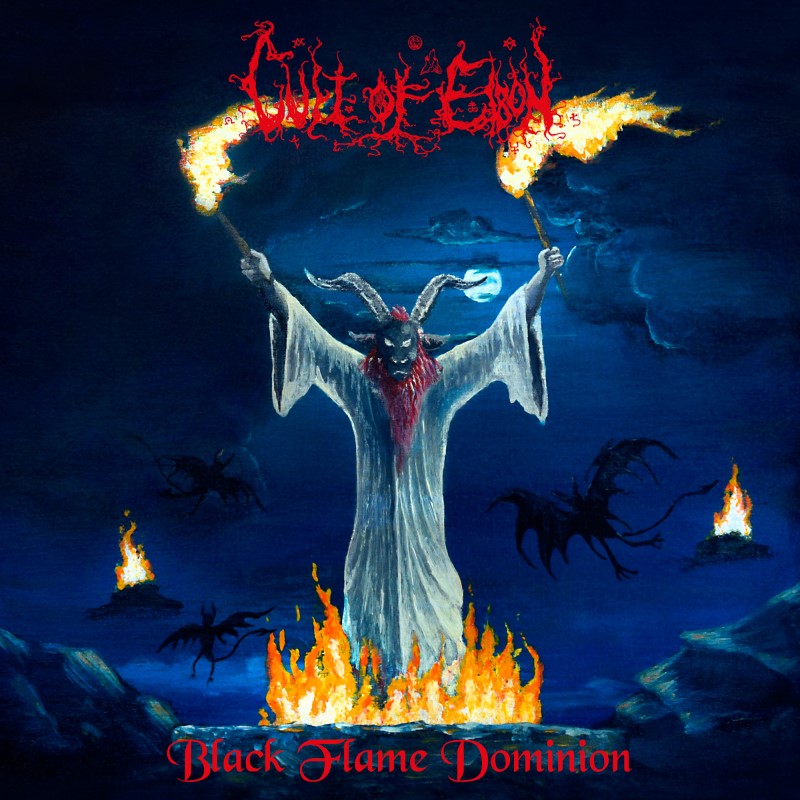 Hail Hellas! The worshippers of the ancient and mystique Greek sound are entering the hall once again; this time with their debut album “Black Flame Dominion”.

After their fine EPs “Fullmoon Invocation” and “Lycan Twilight Sorcery”, as well as the 7” split with Caedes Cruenta, another fine example of the ones who keeping the ancient Greek flame burning, Cult of Eibon really managed to capture the spirit of those days. The melodic touch, the evil atmosphere, the sound of the guitar, bass, drums and keys, the weave of fast and slow parts…this is a treat for anyone who want to walk into the eternal fire along with their copies of Rotting Christ’s “Thy Mighty Contract” and Varathron’s “His Majesty at the Swamp”.

No, no, no…these are no mere copycats, please find something to choke on if you think so, you can try to imitate a certain sound, but that doesn’t mean you can write decent songs. This is made by musicians who know how to create something that is not done by many before and how to do it, and I can’t stress this enough,…perfectly.

Aficionado of the old Greek gods? You’re a cunt if you don’t check this one out!