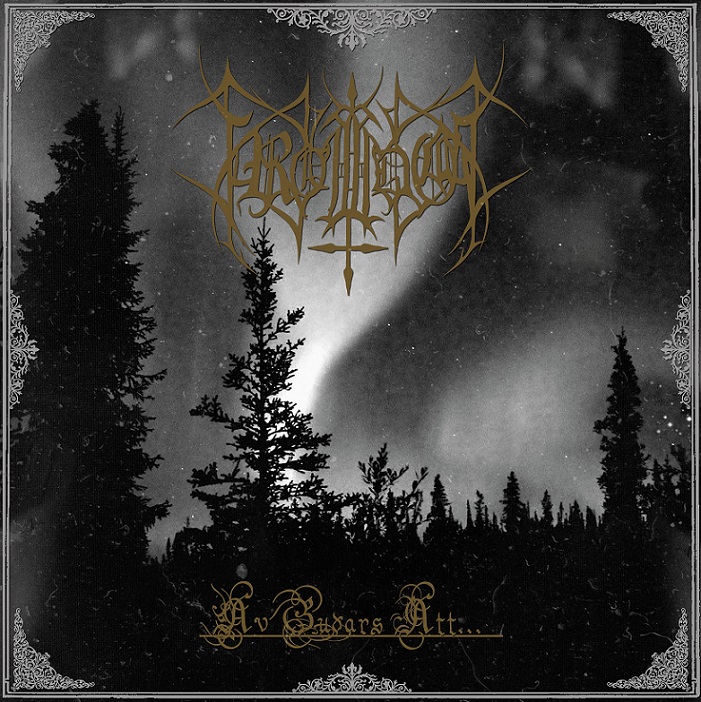 The sole member of Trolldom is the illustrious figure of Swartadauþuz. Anyone delving into the extreme (Black) metal scene of today will at least stumbled once upon one of his bands or projects such as Bekëth Nexëhmü, Digerdöden, Gnipahålan, Greve, Iniquitatem or Mystik. Basically all bands under his own Ancient Records / Mysticism Productions. For Trolldom the first recording was the 2016 demo ‘Av Gudablod Röd…’, which saw its release on both tape and CD and on vinyl a year later. Now Swartadauþuz returns with two full-length albums at the same time, both released on Iron Bonehead Productions.

Although all of the Swartadauþuz-bands and projects tend to have an own identity – or at least that is the intention – they do share a certain similar signature. So is the case with Trolldom, this project is not much unlike some of the other musical endeavours but it might as well be the most accessible because of the well-sounding production and the melodic brand of Black Metal. It fits right in the current revival, if you like to call it that way, of the 90’s symphonic Black Metal. There is plenty of atmosphere and mid-tempo parts, but there’s also room for blisteringly fast blast beats and roaring vocals. The lengthy tracks give enough space for the atmosphere to be built and that gives the music a well-composed character. But in the end it is keyboard-driven Black Metal.

Atmospheric, keyboard-driven Black Metal at its best to be precise. This is for those old scene-veterans who welcome the grand return of the genre or all the new adepts of the current scene. Like Limbonic Art or Obtained Enslavement? Or maybe Vargrav or Evilfeast? Make your move.